Hello Pace Academy! Today, I would like to present to you multiple innovative African-Americans that created inventions that changed the world. These ideas are now items we take for granted, and the effort put behind it all must be recognized.

The inventor of both the Gas Mask and traffic lights is a man named Garrett Morgan. His main goal for the gas masks was to make a protective breathing mechanism that could filter out its surroundings so that the person wearing the masks will be protected from the surrounding elements. It was invented just months before World War 1, which helped save the lives of many soldiers from gas attacks.  Morgan invented the traffic lights to reduce the number of accidents due to disorganization on the roads. His invention successfully reduced the number of casualties. Morgan’s inventions saved many lives and we still depend on them today.

Daniel Williams was the first man to ever successfully perform open heart surgery, specifically a coronary bypass surgery. . The effective surgery   allowed , the patient, James Cornish, to live another 20 years. y. Dr. Williams’s achievement is even more remarkable when you consider how difficult it remains to treat cardiovascular disease today with modern medicine and technologies. Yet, Dr. Williams accomplished this task in 1893, when the tech available was far less advanced. 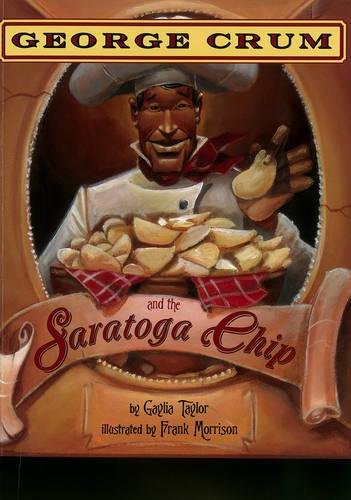 One of the most famous snacks in the country was invented by an African-American in 1853. Mr. George Speck was cooking as usual in his kitchen when a Caucasian customer complained about the fries Speck made, claiming they were too thick. This client complained often about how his fries were cut, and that day, Mr. Speck had had it. So he cut the fries to the smallest he possibly could, they turned into thin slices of potato, which we now call potato chips. Today, the original potato chips have thousands of varieties and flavors sold worldwide.

The last invention in this article is my personal favorite, because it has made possibly the biggest impact on the lives of everyone around the world, especially in the age of new technology.  Society would be unrecognizable without this invention.

Mr. Jesse Eugene Russell invented the digital phone in 1988. He and a group of inventors at the Bell Laboratories created the very first wireless digital phone. To clarify, Alexander Graham Bell invented the TELE-phone, a group of 4 people made the CELL-phone, and the DIGITAL Phone was invented by Jesse Eugene Russell. The digital phones are the types we use today, with visual and colorful representation of the actions being performed on the phone. For over 20 years, Russell had studied wireless communication and wanted to create his own version, creating the digital phone. It is absolutely astonishing and truly reflects the influence, admirable strength and power of African-Americans, so much so that a black man invented the single most important item in the WORLD!