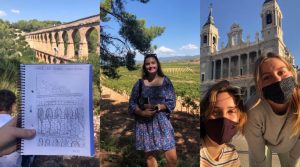 Mary Lawson Bring, who will attend Tulane University next semester, is currently studying at Universidad Internacional de Catalunya in Barcelona, where she is exploring Spanish architecture. Photo: Mary Lawson Bring

For the Class of 2020, college has been anything but normal.

Last spring, the Class of 2020 faced an unforeseen obstacle, having to complete their senior year on laptops. As Pace Academy, along with schools across the country, closed their doors in March due to the COVID-19 pandemic, graduation, prom and various other senior traditions were cancelled or postponed too. The Class of 2020 was finally able to come together on Aug. 1 for a graduation ceremony at Pace’s Walsh field, and soon after, many students headed off to college in areas from Massachusetts to Texas.

However, due to safety concerns, university life has looked extremely different these past few months, with many Pace graduates unable to even attend classes on campus. After a year unlike any other, this class has persevered, with students making the most of their individual college experiences, through living in single dorm rooms at their university, logging into school from their bedrooms in Atlanta or even taking a gap year to explore job opportunities and traveling. 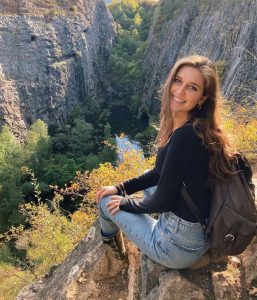 As Stanford University was unable to invite first-years and sophomores to campus for the autumn quarter, Klara Andra-Thomas decided to defer for the year. Now studying at the Charles University in Prague, Czech Republic, Andra-Thomas is is excited to learn more about her Czech heritage, visiting her dad’s side of the family. What’s next for Andra-Thomas is unknown, but she plans to either continue classes at Charles, find a job or travel to a new region of the world. Cambridge is looking a little different lately with just freshmen on Harvard College’s campus. For Zoie Frier that means a quieter campus, but also an easy way to meet fellow first-years. Students are even tested three times a week for COVID-19, so as to prevent massive outbreaks. “We can only hang out with people outside so I have spent a lot of time out by the Charles River or at courtyard parties,” said Frier. 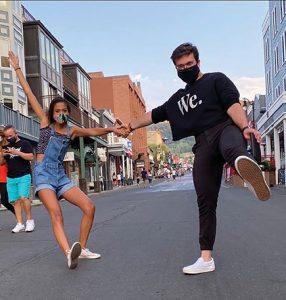 On Aug. 7, Princeton University decided that its undergraduate program would be fully remote for the fall semester, as they could not provide an on-campus experience for their students in a manner that is respectful of public health concerns and consistent with state regulations and guidance. Princeton students India Behl and Paul-Louis Biondi (pictured) traversed to Park City, Utah for a week in order to hunker down and start online orientation together. “We had maybe three hours of school those days, so the rest of the time, we could go out to hike and golf,” said Behl. Now back in Georgia and logging into classes from home, Behl has spent time with Matthew Quintana, University of Southern California freshman who is taking classes from home, while also testing out different Georgia-related activities, like picking apples and visiting corn mazes. 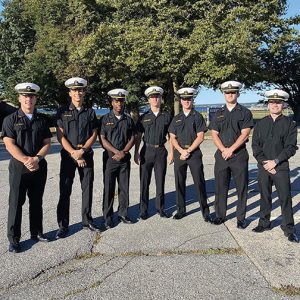 While at the Naval Academy Preparatory School, Mbiti Williams (third from left) has felt the onset of a busy schedule of grueling football practices and constant studying. In regards to COVID-19, according to Williams, he and his classmates have been in a bubble. “We haven’t been able to go off base at all but later this month they are planning to let us go off base,” said Williams. “We do have free weekends but again we are still constricted when it comes to where we can go.” 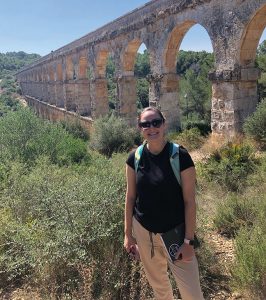 Although Tulane University has students on campus in New Orleans, currently, Mary Lawson Bring is studying at Universidad Internacional de Catalunya in Barcelona for the fall through a Tulane University program specifically for architecture students. “There are three other freshmen from Tulane who are here with me, and then we will go to Tulane this upcoming spring,” said Bring. “Some weekends we have traveled to Tarragona, Madrid, and this upcoming weekend we are going to Girona in order to study the architecture in each city. I’m so thankful that I am able to be in Barcelona and that classes are in person. I had to get a visa which was a long process, but it is definitely worth it.” 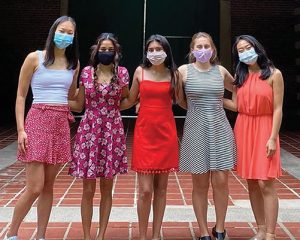 Just outside of Boston at Wellesley College, freshmen and sophomores are on campus, getting acclimated to a strange year of college. For Insha Merchant (center), who is living in Massachusetts right now, that means making the most of the fall semester, meeting new friends and diving into her four classes for the two-term semester. With COVID-19 restrictions, like only being able to eat with blockmates, Insha has formed a close inner circle, just like many other young women at Wellesley. The University of California, Los Angeles cancelled housing on Aug. 21, so Aman Hashim has been taking classes online from his home in Chamblee, Georgia, while working at a daycare center, going to the gym and learning to cook his own meals. Classes began on Oct. 1 and as many of Hashim’s friends are off at college, he hopes to stay motivated in his school work, while also feeling excited for Thanksgiving and winter breaks when he can hang out with his fellow 2020 buddies. 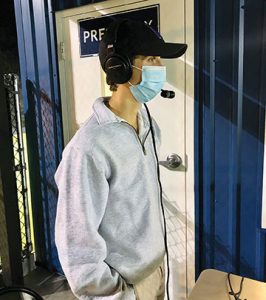 On Aug. 30, Northwestern University made the decision to hold off allowing first and second year students to come to campus. For Andrew Neville, who is continuing with his college classes online, that means staying in Atlanta at least through January. “If there’s one silver lining I’d take away from being fully remote, it is that it is sort of nice being able to adjust to the academic rigor of college without the social stress,” said Neville. In his free time, Neville is still working with KnightFlix, Pace’s student-run sports broadcasting service, as he hopes to pursue a career in this field. “It is nice to get as much on air commentating opportunities as I can, but if you had told me last September that I’d be calling Pace games in October of 2020, I would have said you were crazy,” said Neville. 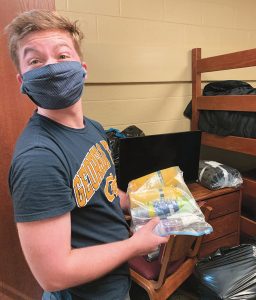 Now settled into dorm living at the Georgia Institute of Technology, Ryan Kann has begun almost all of his classes online, with the exception of a lab that he gets to attend in-person every other week. “Classes are going alright, as it is not that different from last year, just with harder tests and bigger classes,” said Kann. Already a member of several clubs, including the American Medical Student Association, Student Hospital Connections and Stamps Health Services Student Ambassadors, Kann is excited to pursue his pre-med studies outside of the classroom as well. “I’m also in a support and discussion group for trans students and have been getting really involved with Jewish life on campus,” said Kann. On campus at the Colorado School of Mines, Lauren O’Sullivan (pictured far left) has started her classes both online and in person with limited capacity in Golden, Colorado. “Right now, we don’t have any restrictions about leaving campus so I’ve been exploring Colorado, whether it be hiking in the area or going to Denver,” said O’Sullivan. “I’ve also been organizing climate strikes in downtown Golden as part of the Friday’s for Future campaign.” However, after Thanksgiving break, Lauren will be headed back to Atlanta to visit with high school friends, as classes will become fully remote at that time. 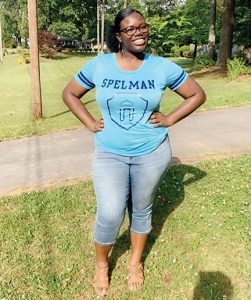 Spelman College in Atlanta is not providing on-campus housing for first-years, so Brianna Thomas has been taking her classes on line from the comfort of her own home. “I missed out on a lot of freshman traditions that every Spelmanite looks forward to” said Thomas. “However, I am making the best of this situation and am excited about being on campus in the future.” Thomas has appreciated the help that her classmates have provided during this time. “We are all going through this together and have decided that no woman will be left behind,” said Thomas. “Whether the conversation is about class or just about our day, we are there for one another. That is the part I love the most.” Although not on campus, Thomas has enjoyed joining the gospel choir, practicing virtually with Spelman and Morehouse College students. 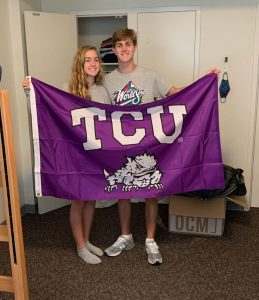 At Texas Christian University, having a smaller student body has been quite the advantage for students who are living on campus right now. Although some students chose to take an entirely virtual approach to this school year, Evan Duncan (pictured on right with his sister Emery) is living in Fort Worth, Texas, currently able to take hybrid-style classes. “I have been really lucky at TCU because my classes have been great and in regards to meeting new people, it has been cool to get to know kids from across the country,” said Duncan. “I have also been able to go to every home TCU football game so that has been a highlight of my time here.”