COVID-19 Has Huge Impact on Hollywood 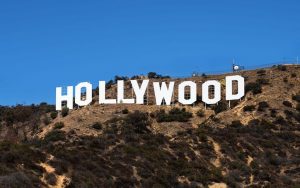 Hollywood has been greatly affected by the novel coronavirus, and movie producers are working to reschedule new films that were supposed to premiere at this time. Photo: Wikipedia

As many would expect, Hollywood has been greatly affected by the outbreak of the coronavirus (COVID-19). Major events and movie releases have been canceled and rescheduled. Some television shows have had to end a few episodes early and some will look for a way to incorporate those last few episodes into their next season.

According to Vulture, dozens of movie releases have been delayed due to the pandemic. “Black Widow,” starring Scarlet Johansson, was set to premiere in theaters on May 11. Now, it has been pushed back until Nov. 6. “A Quiet Place Part II” was rescheduled and is now set to hit theaters in September. These are just two of the large blockbusters that have been moved due to the COVID-19 outbreak.

While there are films that have only been pushed back a few months, some have been rescheduled to hit theaters next year. According to Variety, the James Bond movie “No Time to Die,” along with the ninth Fast and Furious movie, is going to be released in 2021.

While these movies have release dates, there are still many studios that have yet to reschedule their launches. The directors of the new Scooby Doo movie, “Scoob!,” have not announced when they are going to put the film in theaters.

Some movies that have been rescheduled are supposed to premiere in theaters later this year, but studios look to spread out release dates in order to ensure that there are not too many films hitting the theaters all at once.

In addition to movies, more than 100 TV shows have stopped making new episodes, according to Newsweek. Variety wrote that the CW series of “Riverdale” had to be halted when one of the members of the crew came into contact with someone who had tested positive for COVID-19.

In addition, the release of “Survivor” and “Falcon and the Winter Soldier” have been postponed. Shows such as “The Walking Dead” and “The Resident” have had their current seasons cut short and ended prematurely. According to indiewire.com, HBO has halted production on Season 3 of “Succession” and Season 3 of “Barry.”

Variety also reported that events such as New York’s Tribeca Film Festival have been postponed along with Los Angeles’ Indian Film Festival. No new dates have been set as of yet.