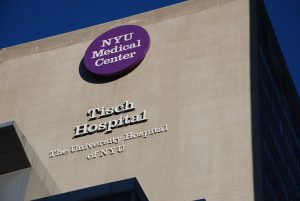 Hospitals all over the country are becoming overwhelmed with the number of patients, and are in dire need of more personal protection supplies, ventilators and more doctors. Photo: flickr.com

Amid growing concerns about the novel coronavirus (COVID-19), medical schools in growing numbers have decided to give their fourth-year students the option of graduating early in order to join the fight against the virus.

On March 24, the Grossman School of Medicine at New York University (NYU) became the first school in the United States to announce that they would be offering early graduation to its fourth-years. Following NYU’s announcement on March 26, the medical schools at Tufts University, Boston University and the University of Massachusetts announced that they plan to move graduation to an earlier date as well.

“We’re running into issues of manpower,” Dr. Steven Abramson, vice dean for the education, faculty and academic affairs at NYU’s medical school, told the New York Times. “That led us to conclude: Why not graduate students who are interested in serving in hospitals now? They’ve completed their requirements and they’re prepared.”

While typical fourth year medical school students would graduate and receive their medical degrees in May and continue into residencies and internships to develop specialized skills, the plan for the NYU students is to have them graduate in April and begin caring for patients at NYU’s hospital as soon as possible. In late June or July, the students would begin their regularly scheduled internships and residencies after a two-week quarantine.

Other schools like Harvard University’s Medical School, the Icahn School of Medicine at Mount Sinai, the Albert Einstein College of Medicine and the Cooper Medical School of Rowan University are assessing whether their senior medical students would like to have the possibility of an early graduation and are currently crafting plans based on interest.

Many seniors have expressed their interest in wanting to get involved in helping overwhelmed hospitals. “We see everything the physicians around us are going through and we’re excited we can bring some relief to the physicians who trained and mentored us,” said Greg Peters to the New York Times, a fourth-year student at Harvard who is planning on beginning a residency in emergency care in Boston.

However, there are many questions and concerns about letting young and inexperienced students enter hospitals. “As we think about what the role of these new graduates would be, it would need to be under supervision,” said Association of American Medical Colleges chief medical education officer Dr. Alison Whelan in an interview with the New York Times.

Despite any concerns, Dr. Abramson truly believes graduating these fourth-years early is the right thing to do. “We aren’t the only school that has needs for taking care of patients in this COVID environment,” he said. “I fully anticipate other schools will look at this and do it as well.”