Top 10 Movies to Binge While Social Distancing at Home 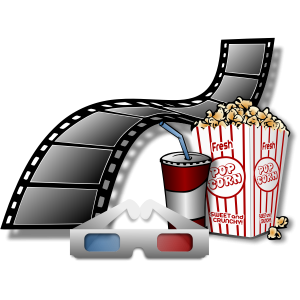 Watching movies is a great way to pass the time during this time in social isolation. Photo: FreeSVG

What better way to spend your shelter in place time than getting caught up on some great movies? Whether you prefer comedy, horror or action films, below is a list of 10 movies (in no particular order) that are guaranteed to make your social distancing experience more enjoyable!

1. “Just Go With It” (2011): This romantic comedy tells the story of plastic surgeons Danny Maccabee (Adam Sandler) and Katherine Murphy (Jennifer Anniston) who fake their marriage after Maccabee’s girlfriend Palmer sees a wedding band in his pocket. Although his wife died years ago, Maccabee tells Palmer that he is going through a divorce with Murphy in an attempt to enjoy a no-strings-attached future with her.

2. “The Invisible Man” (2020): Starring Elizabeth Moss, “The Invisible Man” is a suspense-thriller about a disturbed optics professional who begins haunting Moss after she escapes from his house. After his alleged suicide, Moss continues to feel his presence. When she reports this to the police and they don’t believe her, she prepares to fight back.

3. “Green Book” (2018): In this drama/comedy movie, Tony Lip (Viggo Mortensen), an Italian from the Bronx, is hired by Dr. Don Shirley (Mahershala Ali), an African American pianist, to drive Shirley through the Deep South for his concert tour. Along the way, the two men form an unexpected friendship while battling segregation throughout their journey. The movie won the Academy Award for Best Picture in 2019.

4. “Dodgeball: A True Underdog Story” (2004): Peter La Fleur (Vince Vaughn) must enroll in a dodgeball tournament once White Goodman (Ben Stiller) threatens to buy his small gym, Average Joes. In an attempt to win the $50,000 prize, La Fleur recruits a group of Average Joes’ employees and they work to save their gym.

5. “Knives Out” (2019): After Harlem Thrombey (Christopher Plummer) unexpectedly dies in his home, everyone in his family is deemed a suspect for his murder. Detective Benoit Blanc (Daniel Craig) takes on the case, interrogating every member of the family while hoping to find a clue that will bring him closer to the killer.

6. “Searching” (2018): This thriller tells the story of David Kim (John Cho) whose daughter mysteriously disappears and never makes it home from school. Using his daughter’s laptop, Kim goes on a search using photos, videos and social media accounts to find his missing daughter.

7. “Get Out” (2017): In this horror/thriller movie, after Chris Washington (Daniel Kaluuya) starts dating Rose Armitage (Allison Williams), she brings him to meet her parents on a weekend getaway. As the weekend progresses, Washington begins to grow suspicious and discovers a chilling truth about Armitage’s family.

9. “Die Hard” (1988): When John McClane (Bruce Willis) joins his wife at a holiday party at her office building, things quickly go awry as a group of terrorists take over the edifice. McClane, separated from the party, gears up and works to save the group of hostages.

10. “Rocketman” (2019): In the story of one of the greatest musicians of all time, Taron Egerton stars as Elton John, taking viewers through the miraculous journey of Elton John’s life. From teaming up with Bernie Taupin (Jamie Bell) to playing at the Troubadour and eventually performing for the entire world, Egerton illustrates what it’s like to go from being a boy in the small town of Pinner, England to becoming a highly beloved and successful musician, a member of the Rock and Roll Hall of Fame, and recipient of five Grammy Awards, two Academy Awards and a Tony Award.