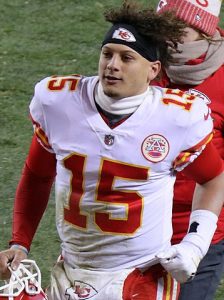 The NFL Playoffs got off to a wild start with four games being decided by eight points or less, and two games even going into overtime. The weekend began with the No. 4 seed Houston Texans hosting the No. 5 seed Buffalo Bills. This matchup featured two young quarterbacks, Deshaun Watson and Josh Allen, both having been selected in the first round for their respective teams, the Texans and the Bills.

The elite Bills defense held the Texans to zero points in the first half, and the Bills, primarily led by Allen and rookie sensation Devin Singletary, put up 16 points, shocking the home crowd. The Texans under the leadership of Watson and five-time All-Pro edge rusher JJ Watt came roaring back and won the game in overtime, 51-31.

In the other AFC wild card match, the No. 3 seed New England Patriots faced the red hot Tennessee Titans, who went 7-3 with their new quarterback Ryan Tannehill. Towards the beginning of the game, both teams traded scores, ending the first half with the Titans ahead 14-13. The Patriots defense has been statistically one of the best defenses of all time, but 2015 Heisman Trophy winner Derrick Henry was too much for the Patriots defense to handle. The Titans prevailed 20-13, upsetting the reigning Super Bowl champions.

On the NFC side of the playoffs, the New Orleans Saints sought revenge against the Minnesota Vikings who had kicked them out of the playoffs two years prior with Case Keenam’s 27-yard pass to Stephon Diggs with 10 seconds left in the game. The 61-yard play that put the Vikings ahead 29-24 became known as the “Minneapolis Miracle.”

The teams battled back and forth with strong rusher Dalvin Cook leading the Vikings and receiver Michael Thomas leading the Saints. The Vikings, however, earned a 10-point lead by the end of the third quarter. The Saints, with a spark from utility player Taysom Hill, battled back and tied the game at the end of regulation. In overtime, Vikings quarterback Kirk Cousins connected with tight end Kyle Rudolph to end the Saints’ Super Bowl hopes.

In the first quarter of the Philadelphia Eagles vs Seattle Seahawks, sophomore quarterback Carson Wentz was injured and had to leave the game to the despair of Eagles fans. The Seahawks were able to hold off the Eagles and advance with a final score of 28-23 even with three of their running backs out of play.

For the divisional round, the Titans were red hot coming from their big upset over the Patriots. However, the NFL fan base still did not think they would have any chance against the overall No. 1 seed the Baltimore Ravens. A combination of dominance by the Titans’ Derek Henry and a critical turnover by MVP Lamar Jackson led to the Titans going up 14-0.

The Ravens settled for two field goals while the Titans offense continued to work, scoring two more touchdowns and earning a commanding lead of 28-6. The explosive Ravens offense could not mount any comeback; they only scored one touchdown in the game and lost 28-12, advancing the No. 6 seed Titans to the AFC Championship game.

In the NFC, the Green Bay Packers’ Aaron Rodgers and Devante Adams were able to connect for two touchdowns in the first half against the Seahawks, leading to the Packers going up 21-3. After the Packers went up 28-3, the Seahawks turned the game around, scoring three straight touchdowns making the score 28-23. Seahawks quarterback Russell Wilson had one last shot to complete the comeback. However, the Packers defense held strong and stopped the Seahawks, allowing them to advance to the NFC championship with a final score of 28-23.

On the other side the of the NFC, the Vikings took on the 49ers. The strong defenses of the Vikings and 49ers battled in the first half, ending the half with the 49ers up 14-10. The experienced defense of the 49ers continued to hold in the second half, not allowing any points while 49ers quarterback Jimmy Garopalo and his offense were able to score 13 points and win 27-10.

As the AFC championship got under way, the Titans had a strong start to the game, going up 10-0 on the Chiefs. The offenses traded touchdowns at the end of the quarter to make the game 17-7. Last year’s MVP and Chiefs quarterback Patrick Mahomes came storming back in the second quarter, scoring two straight touchdowns to end the half. The Chiefs offense stayed hot in the second half, scoring another pair of touchdowns and making a win out of reach for the Titans. The Chiefs advanced to their first Super Bowl appearance since 1969 with their 35-24 win.

In the NFC championship, the 49ers played the Packers in a rematch from earlier in the season where the 49ers blew out the Packers 37-8. The first half of the match looked similar to the first half of their previous game, with the 49ers scoring 27 unanswered points. The 49ers were led by running back Raheem Mostert who ran for 220 yards and four touchdowns. The Packers tried to stage a comeback, but it was not enough to overcome the 49ers 27-point lead. The 49ers advanced to the Super Bowl with a final score of 37-20, earning the chance to join the Patriots and Steelers as the only teams with six Super Bowl wins.

Super Bowl LIV kicked off in Miami on Feb. 2, but roars from the crowd made it feel like a home game for Kansas City. The 49ers and Chiefs traded strikes in the first quarter, with the Chiefs up 7-3 by the end of the quarter. The strong defense of the 49ers and the lethal offense of the Chiefs seemed to be locked in a stalemate as neither team was able to gain separation. If the 49ers had used their timeouts, they could have had the ball with 1:40 and with timeouts, but instead the 49ers decided to sit on the ball until halftime – a decision termed conservative by critics and one that ended up being a crucial mistake.

After a brilliant performance at halftime by Shakira and Jennifer Lopez, both teams started the second half with a Super Bowl victory in sight. The 49ers’ strong rushing attack led them to score 10 unanswered points. The Chiefs were still down 10 with under seven minutes left in the game. Patrick Mahomes would not go down without a fight, however. He found his favorite target, Travis Kelce, and scored a touchdown. After another punt by the 49ers, the Chiefs drove down quickly and took the lead 24-20. The 49ers could not mount a comeback and the Chiefs won Super Bowl LIV with a final score of 31-20. At the age of 24, quarterback Patrick Mahomes was named Super Bowl LIV’s Most Valuable Player.