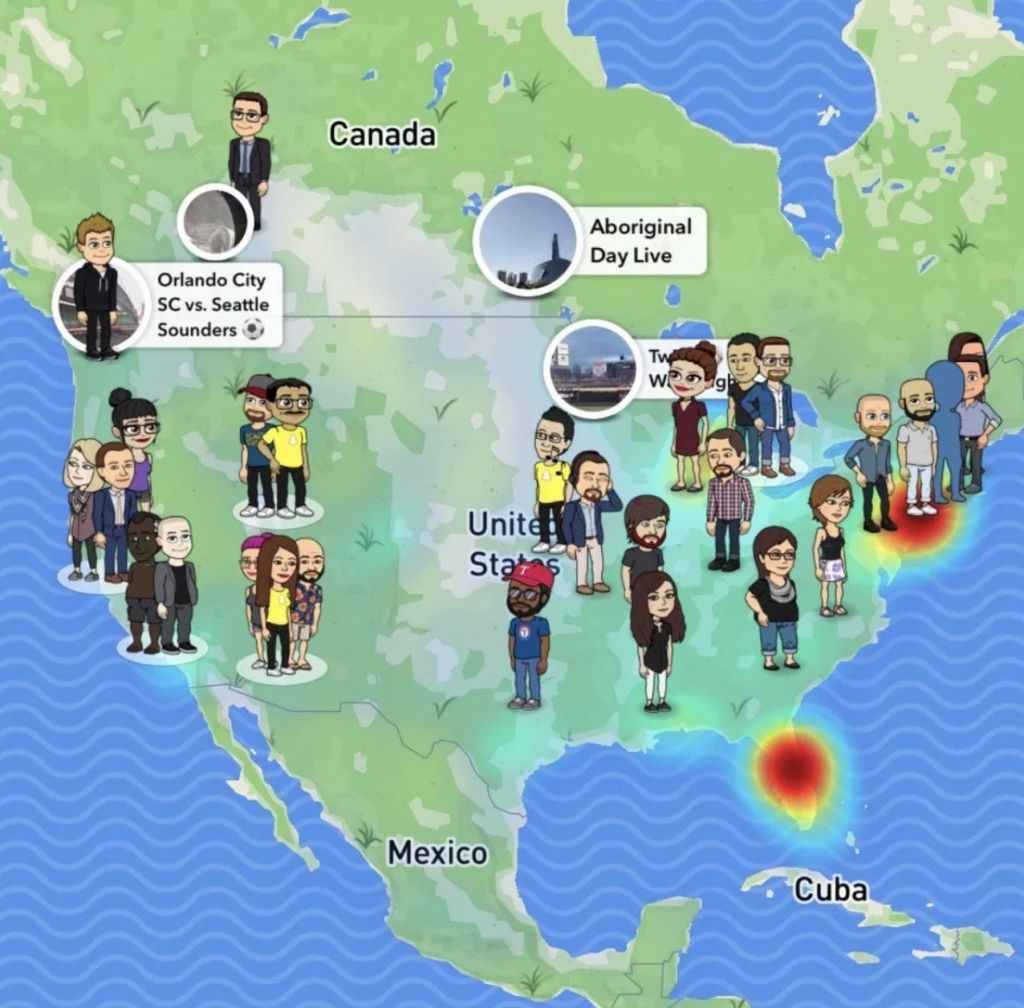 Snap Map displays the location of a user’s friends on Snapchat. Photo: Wikimonks

Snap Inc. designed Snapchat to be a multimedia messaging app where pictures and messages that are sent immediately disappear after they are seen by the viewer. Since its beginnings in July 2011, Snapchat has expanded on this basic design by introducing Stories, images shown to users’ friends that disappear after 24 hours instead of instantaneously, and by allowing users to save chats that are sent.

One radical change came later in June 2017 when Snap Map was created. Snap Map is a map that shares one’s location with every user that they are “friends” with on Snapchat. Every time the user opens the app, even if they do not have the intention of sending or opening a photo or message, their location updates and gives their friends a timestamp of when they last opened the app.

There are many real dangers that come with Snap Map. For example, when large groups of people are together for an event of some kind, Snapchat shows a large red pulsing dot at the location of the group. Since Snapchat is available for download, “soft targets,” or large groups of people vulnerable to a terrorist attack, can be created because Snapchat offers a world map with the location of every “soft target” in the world marked.

Also, many new users may have no idea that their location is being broadcast to all of their friends on Snapchat. With Snap Map on, users can see not only the street another user lives on, but sometimes even which room a user is in at their own house.

Snapchat uses icons called Bitmojis that each user can personalize to look like themselves. Bitmojis show the user’s location the last time they opened the app and additionally if the user is listening to music, shopping or driving.

The way to bypass sharing location information is called “ghost mode.” Ghost mode allows users to keep their location private. Users can also limit who of their friends can see their location and choose only those with whom they feel comfortable sharing their location. Even with these optional limitations, Snap Map still raises concerns about privacy, especially teen privacy, as Snap Map has been normalized for multiple years.

In May 2019, Vice.com revealed that Snapchat employees had abused their access to private user location data, based on interviews with current and former employees. Vice described internal tools that allowed employees “to access user data, including in some cases location information, their own saved Snaps and personal information such as phone numbers and email addresses.”

The privacy concerns do not end there. According to France Bleu, on Oct. 31, 2017 a 25-year-old man in France tracked down his girlfriend on Snapchat, went to her location and stabbed the man she was with.

The accurate location data that is provided through Snapchat can end up putting users in danger, but can also be helpful in dire situations. According to the New York Post, on Jan. 19, 2020 a 14-year-old girl was allegedly drugged and kidnapped by two men in California. She contacted her friends through Snapchat where they could see her location on Snap Map. Police were able to track down the two men and rescued her.

Pace students disagree on whether Snap Map is an invasion of privacy or simply a useful addition to the app. “I don’t have Snap Map on because I don’t like the idea that everyone, like even the most random people I have on Snapchat, can see where I am,” said senior Payton Payne. “I use the app Find my Friends for the people that I am closest with so they can see where I am if they need to.” Junior Laura Romig has a different view of Snap Map. “I’m fine with everyone I add on Snapchat seeing my location because I never add anyone on Snapchat that I don’t know, so it doesn’t worry me,” she said.