Big Brother Is Watching: The Trouble With Tracking Apps 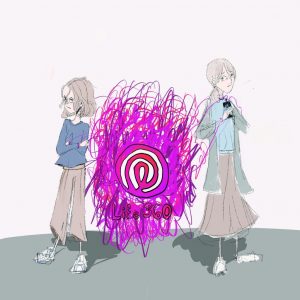 In a world where tracking has become the norm, parent-child friction has increased. Illustration: Kathryn Hood

Imagine being under constant surveillance. Your location, your movements, and where you have spent every minute of every day is logged and shared. How fast you drive, when you brake or accelerate suddenly, what percentage your battery is charged, and whenever you leave a location – everything is shared with family.

Over the past few years, it has become increasingly common for parents to track their children with a variety of tracking apps on the market. According to the Pew Research Center, 16% of parents digitally track their children, and this number grows every year. By far, the most popular of these apps is Life360, which provides detailed information on the movement of every family member. In our digital age, tracking is starting to be a normal, accepted, and even crucial part of parenting. It’s considered a safety measure.

The statistics at Pace, however, are far higher. In a high school-wide poll, 52% of students said that their parents always track their movements, and 35% said that their parents occasionally track their movements. Of students, 60% said that being tracked feels “invasive,” while the other 40% feel neutral on the subject. No one reported that they enjoy being tracked or that it makes them feel safer.

The line between freedom and safety is always a thin one when it comes to teenagers and their parents. However, the booming popularity of tracking apps has crossed the line from reasonable into a violation of privacy. Apps like Life360 facilitate micromanaging that is detrimental to both teenagers and parents.

Tracking apps have created a digital umbilical cord that has completely stunted the normal growth of today’s teenagers. The teenage years are developmentally essential in terms of growing independence and learning to form your own judgments and decisions. Instead, tracking apps return people who are almost legal adults to a stage of almost infancy in which their every movement is up for scrutiny.

The case for tracking apps is often one of safety. Simply put, parents do not trust their kids to make safe choices. This is somewhat justified – teenagers are hardly known for their reasonable risk assessment or for making safe choices. But frankly, it is appropriate, and even necessary, for teenagers to get in some trouble during their teenage years. To an extent, it’s alright for teenagers to occasionally be in places where they should not, to make mistakes and to have room for rebellion.

Tracking apps don’t help the peace of mind of parents. Any parent who tracks their child’s every move is bound to become overly concerned. Every indiscretion, detour and adolescent mischief is documented and reported back to parents, creating a picture of rebellion that is, more often than not, completely overdramatized. Parents stop trusting their kids, and kids stop trusting their parents. According to The New York Times, adolescents who feel that their privacy has been invaded go on to have higher levels of conflict at home.

Furthermore, tracking teenagers usually doesn’t stop them from going places they want to go. Instead, many teenagers will find ways around tracking apps that actually put them in more danger, such as leaving their phones behind when they go places or putting their phones in airplane mode.

The fact that tracking one’s kid 24/7 has become the norm in many communities sets a troubling precedent for where we are headed with the future of parenting. What with the frantic rat race to get into increasingly selective and expensive colleges, the stakes are far higher for Pace students today than they have ever been before, and the pressure has increased accordingly.

Adolescents have already lost much of their “childhood” to the desperate race for success that starts in middle school. The best way that a parent can protect their kid is to trust them and to protect their right to freedom and privacy, allowing them to preserve as much normalcy as possible in a world where it often feels that mistakes are no longer allowed.

Tracking apps are creating a generation of children who are forbidden from going through a normal period of independence and, yes, even rebellion, that creates normal and well-adjusted adults. No one can benefit in a game predicated upon a fundamental lack of trust.