Voluntourism: The Bad in Doing Good 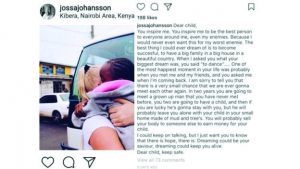 We’ve all seen the photos – a Western white girl hugging a child from an impoverished town in Africa with a caption praising herself on how she’s changed the community, a missionary group abroad building a church or a school, photos of a starving child with a caption reading “WE NEED YOUR HELP.”

These are voluntourists: customers of the exploding “voluntourism” industry, a form of tourism which offers an additional “do-good” aspect to the usual vacation and trip. This industry has continued to rise, with The Voluntourism Institute estimating that the number of voluntourists could reach 25 to 30 million by the end of the decade.

Maybe you’ve commented your approval and admiration, maybe you’ve thought about how good that person is and maybe you’ve clicked on that link to the organization. Maybe you’ve even “voluntoured” yourself. You might think, where’s the harm in this? Which is a more fulfilling vacation, laying around at a beach resort, or helping orphans in a rural Kenyan village?

Unfortunately, this is where the problems arise. Take the writer Pippa Biddle, who went on a school trip to Tanzania to build a library when she was in high school. She describes how the locals had to undo the foundations they built during the day, remix the cement and rebuild it at night so that their group was able to continue building without any worries the next morning.

As she demonstrates in the rest of her article, this perfectly exemplifies the dangers that come with voluntourism. Oftentimes, the volunteers are people, even children, with little to no construction experience, building something that requires it. They spend thousands of dollars to create structurally unsound buildings that could have employed the country’s construction workers for weeks, which would have cost less and stimulated the local economy. Also, most organizations send their volunteers out for a short amount of time – usually around a week to a month – compared to more effective organizations where employees or volunteers can be stationed for years.

A report by sociologists Linda Richter and Amy Norman on “orphan tourism” in Nepal demonstrated that short term volunteering can actually negatively impact the orphan children being “helped” by allowing them to form attachments to tourists who will soon disappear. Voluntourism organizations can’t, or won’t, see the big picture. Sure, a volunteer can teach English for a day, but once they leave, is there funding for that English program? Most of the time, the answer is no. Voluntourism capitalizes on people’s empathy, dragging tourists in with pictures of orphans and sick children, and sending them off with heartfelt stories about how they made an “impact,” when in reality, they may have harmed the communities even more.

Poverty doesn’t only exist in rural villages in far off countries. Poverty exists in our own backyards. According to a Bloomberg report, Atlanta has one of the worst poverty rates in the United States, with one in four people living under the poverty line. However, posting pictures of playing with orphans in Tanzania gets more likes than volunteering at one of Atlanta’s many soup kitchens.

This indicates a deeper problem than just likes on social media: why don’t these voluntourists save money and help out their own communities, ones they have a personal connection with?

Three words have been assigned to the blog posts preaching about the “poor” and “broken” communities that voluntourists claim to help: white savior complex. Also known as “Western savior complex”, this is a term for white people who “help” non-white people in a self-serving manner, more often used for those who believe they are the ones who can “save Africa.” For years, the Global South has been a place for white people to boost their egos, feeling that it is their duty to go and “rescue” a poor community in a global Southern country.

One of the most prominent examples of this is a post by Instagram user “jossajohansson.” In 2018, she posted a viral photo of her hugging a girl from Kibera, Kenya, the caption of which stated, “In two years you are going to meet a grown man that you have never met before and you two are going to have a child… if you are lucky… he will probably leave you alone… in your small home made of mud and tree’s [sic]… Dreaming could be your savior, dreaming could keep you alive.”

Earlier I asked the question, “What’s a more fulfilling vacation, laying around at a beach resort, or helping orphans in a rural Kenyan village?” The word “fulfilling” encompasses the entire issue with voluntourism: going to do volunteer work isn’t something you should do to just feel good about yourself, but rather it should only be done if you have a genuine selfless desire to do good in the community and oftentimes it requires a connection to the community.

This isn’t to say all voluntourism trips are harmful and perpetuate white saviorism. By realizing that your individual volunteering won’t save the world, asking questions about the sustainability of the local communities when volunteering and committing to longer volunteering projects, you can ensure that your voluntourism won’t have a harmful impact. If you aren’t willing to use these measures, perhaps voluntourism isn’t for you.