‘When We All Fall Asleep Where Do We Go?’ Possibly Best Pop Album of Year 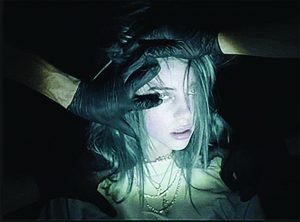 What have you done with your life? Well, Billie Eilish has reached pop superstardom at just 17 years old. The teen’s highly anticipated debut album, “When We All Fall Asleep, Where Do We Go?” dropped on March 29, and has already made headlines across the country and the world.

The entirety of this alternative pop album was created in Eilish’s bedroom with her brother, Finneas O’Connell; together they wrote and produced all of the songs. Eilish’s 2017 EP, “Don’t Smile at Me,” was her last released music before this album, which set the bar high with popular singles like “idontwannabeyouanymore.”

The theme of “When We All Fall Asleep” is eerie and slightly unsettling. Immediately, the listener is drawn into a feeling of gloom and reflection, like a beach in the middle of winter. The intro sounds in “You Should See Me in a Crown” captures this entrancing mood, as the blade of a sword crisply slices and it feels like Billie Eilish is waking up to conquer.

Let’s hit the shuffle button and shift to “My Strange Addiction.” This is a standout song which samples a clip from “Threat Level Midnight,” one of the episodes from the enormously popular show “The Office.” This feature makes sense, as Eilish is a huge “Office” fan. The real and raw instrumentation from the thumping bass is unreal and catchy, setting this song apart.

Next, ASMR fans can rejoice, because this album is made for high quality headphones as “xanny” uses rotating fluctuating vocals that feel like they’re floating off into space, switching between left and right earphones. Eilish is intentional about building meaning into all of her songs. In “xanny,” she says being the outlier or sober person at a party is something to be proud of because “[you] don’t need a xanny to feel better.”

The album gets better the more you listen to it and pay attention to its intricate details. Not only does the album have fantastic singles, but also meaningful so-called “unpopular” songs that are well-layered and sprinkled throughout the album. Additionally, the more emotionally inclined tracks that really pull a response out of the listener come at the end of the album, creating a pensive change of atmosphere.

Many critics complain that Eilish is “tryhard” because the visuals on her music videos are purposely highly shocking, as she’s trying to evoke a scary and skin-crawling sensation through her music. There is some truth to this, as there are some pacing issues with the album, but the music itself is not trying to be something that it’s not.

From a songwriting point of view, she does have introspective stories and a singular point of view. However, she always writes from other people’s perspectives rather than creating content that’s entirely autobiographical, which gives an authentic and not “tryhard” vibe.

“When We All Fall Asleep, Where Do We Go?” checks all the boxes for a memorable and game-changing debut album. Despite being enjoyable and familiar, Eilish’s innovative elements keep it refreshing and surprising, so that the listener is never bored. It’s a brave and resounding first step for a relatively new artist with enormous potential.

Over the next decade, music enthusiasts will no doubt see popular music scrambling to try and replicate what this album does on every level. There will always be “copycats,” as Billie noted on her 2017 song of the same name, but none will be able to reach these heights any time soon. This could potentially be the best pop album of the year.