‘Avengers: Endgame’ Well Worth the Wait 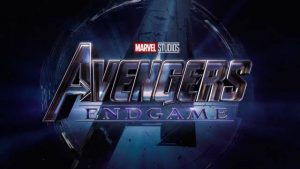 Before it even opened, the heightened anticipation for “Avengers: Endgame” was evident in pre-release ticket sales, on social media outlets, and in the hallways of Pace Academy. Fandango reported before it even opened that domestically it had sold out over 8,000 showtimes in advance purchases and that many multiplex theaters had changed their screening schedules to show “Endgame” every three hours from morning to late night on simultaneous multiple screens to meet demand.

“At nine in the morning on the day of ticket release, I logged on at school and still had to wait in the queue for over five hours before I could purchase tickets,” said junior Jay Statisky. “It was crazy,” added junior Thomas Siegenthaler. “I had three different friends who all logged on the second Fandango released it and it still took hours before any of us could get tickets.”

Social media was also blanketed with “Avengers: Endgame” information, enhancing the hype. “I had to delete my Instagram account for a couple of days,” said junior Evan Duncan, “because I was worried about people who got to see it on opening day posting spoilers.”

Once it opened, the movie did not disappoint, with CinemaScore, an audience polling firm, giving the movie a rare A+ score from audiences with a large percentage reporting that they would see the film again. “I went with seven friends on Saturday afternoon of opening weekend and I can definitely say that it was one of the most amazing movies I have ever seen. I cannot wait to see it again,” said junior Bridges Spencer. This type of reception from audiences promises to propel “Endgame” to become the highest grossing film of all time.

Without spoiling the plot, it is safe to say that the success of the film is due to the fact that “Endgame” is the grand conclusion for dozens of Marvel characters and storylines that have crisscrossed each other for the last 11 years, starting with the first Marvel Studio’s release of “Iron Man” in 2008. Fans of all of these movies, from “Iron Man” to “Spider Man, Homecoming,” have invested themselves in getting to know these characters and their adventures, and it is deeply gratifying to see a film that wraps it all up and gives audiences the conclusions they have been waiting for.

The 2012 “The Avengers” movie was the first time that all of the solo film superheroes teamed up. These original six Avengers (Captain America, Iron Man, Thor, Black Widow, Hulk and Hawkeye) were just a fraction of the large superhero group that became the Avengers group, defending not only planet Earth but also the entire galaxy.

Picking up where “Avengers: Infinity War” left off, now the global group of them are taking on their biggest mission yet: bringing back the next generation of heroes lost at the hands of Thanos. Audiences of “Avengers: Endgame” can track the narratives of all of the old school avengers and there are plenty of teary moments as each superhero grapples with their inner demons or mistakes of their past. “I’m not going to lie… I definitely cried and I haven’t cried in a movie in over a decade,” said one senior who requested anonymity.

The movie is a perfect culmination of 11 years and 21 Marvel movies-worth of watching the characters we have come to know and love, and directors Joe and Anthony Russo’s ability to tie it all together is an amazing achievement. Even if you have a hard time securing a ticket, suffice it to say that this movie is well worth the wait.