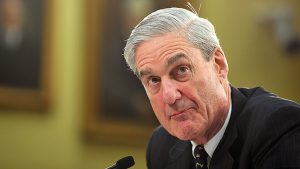 FBI Director Mueller’s report may have finally quelled the rumors about Trump and his campaign. Photo: Wikipedia

Two and half years ago, Donald Trump, to the displeasure of much of the country, was elected as President of the United States. Almost immediately afterwards, Democratic supporters launched allegations concerning Trump and his campaign colluding with Vladimir Putin and Russia to win the 2016 election.

The allegations were officially pursued beginning in May 2017, when Deputy Attorney General Rod Rosenstein appointed Robert Mueller as an independent special counsel to investigate the accusations against Trump. Two years later, the investigation dubbed the “Mueller Probe,” is finally over, and the findings, quite frankly, are nothing to be shocked about.

This investigation seemed boring and almost pointless until Oct. 30, 2017, when Paul Manafort, the chairman of Trump’s presidential campaign, as well as his business partner Rick Gates were indicted on 12 counts, one of which was “conspiring against the United States.” When that news broke, I wondered, with someone so close to Trump being arrested for what is essentially treason, could he really have been elected because of help from Russia?

Later that year, Michael Flynn, the former National Security Advisor, pleaded guilty to giving false reports about his conversation with the Russian ambassador. This was now the second person in Trump’s administration to be charged as a conspirator against the U.S., and it seemed more and more likely that Trump may have indeed let Russia into the 2016 election.

As 2018 continued, suspicions against Manafort, as well as other people involved in the campaign, surfaced, but no official charges were made. Then, finally, after what seemed like almost an entire year of political chess, the full Mueller Report, an 800+ page report, was submitted and read by Attorney General Bill Barr. Two days later, Barr released a statement saying: “[t]he investigation did not establish that members of the Trump campaign considered or conspired with the Russian government.” He went on to add that “[t]he report does not say that the President committed a crime.”

These findings beg the question of just how necessary this probe was. It’s well known that President Trump is in office during an era where media outlets rule politics, and that parties no longer work together, but instead work against each other in order to rule as many branches of governments as possible. Additionally, President Trump has come under the most scrutiny in recent memory, and is probably the most divisive candidate in history.

Undoubtedly his personality has some role in the new era of party politics. However, Trump has been effectively handicapped through the first two years of his Presidency because of this investigation looming over him, which, for the majority, was much more of a facade than anything else.

But now, the investigation is over, and with the exception of a few people who committed fraud and money laundering, everyone was cleared of any accusations of treason. However, the true investigation was probably over a long time ago, and then it became a game to prolong the negative accusations against the President.