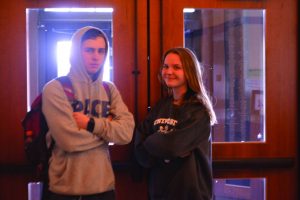 Contrary to Pace Academy’s typical modernization of their buildings and technology, the school’s new decision to have mandatory recess has forced high school students to take a step back in time. Permanently taking effect on April 1, all high school students must participate in recess outside during their lunch period.

In the beginning, this “recess” was a voluntary activity planned by Student Advisory Board (SAB) to unwind and get some fresh air. It would be used as an activity during Pace’s “Love Your Body Week” to get students to exercise more during school hours. “We were inspired to do this because of Michelle Obama’s ‘Let’s Move’ campaign,” said SAB member Grace Demba. ”Though she used her platform to address the problems of childhood obesity, we wanted to use ours to get people more comfortable with recognizing that exercising doesn’t have to be a chore, especially when it’s with friends.” After massive early support for recess, some students wanted to take it a step further.

SAB brought a proposition to the Head of Upper School Michael Gannon. Their 15-page essay, titled “The Benefits of a Mandatory Recess,” mysteriously appeared on Mr. Gannon’s desk on March 16. Originally, he was against mandatory recess. “We want our students to leave Pace independent,” said Mr. Gannon. “If we force them to exercise with mandatory recess, how will they ever learn to make that decision for themselves in the real world?” After reading the essay, however, he became convinced to put the plan into action.

A test day for the new rule occurred with a group of students on March 28. The optimistic description of the recess voiced by members of SAB fell flat. Clumps of students fixed with stoic faces decorated the lawn of Pace Academy. Some students seemed to wave signs of protest, while some looked longingly at the doors into the school. This was the reality of the mandatory recess trial.

There was more opposition to the mandatory recess than support. Some students planned to skip the recess entirely. One student of this  group, who wished to remain anonymous so as not to be discovered by SAB, voiced this argument: “One of the reasons we don’t have recess is because 86 percent of students already play a sport, inside or outside of Pace. If they do not participate in a sport, they take PE class. Students already get exercise during the day, so there’s no reason to waste time on childish recess.”

There was, however, an exception to these stone-faced students unimpressed with the recess. “I’m actually glad recess started again. It’s a bit nostalgic, but it’s a good way to relax during a difficult school day,” reasoned junior Virginia Heiser. Freshmen were some of the biggest supporters of the recess. “I can’t wait for another recess,” said freshman Kate Jonas. “It’s been difficult to get to know people from other grades, but I met a ton of new upperclassmen and sophomores at the recess.”

No matter which side the students are on, it seems that recess will remain, and the idea is spreading. The mysterious essay has appeared in other schools, and Westminster and Lovett have already taken up mandatory recess. No one knows how far this reform will spread, but it seems Pace Academy has started a revolution.