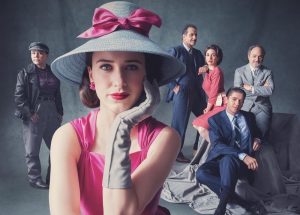 More than 5 billion television shows aired in 2018, according to TV Guide. Statista reported that over the past decade, the number of scripted original TV series has doubled. Despite the massive influx of television offerings this past year, a few iconic series rose above the others in their level of quality and appeal.

Netflix, Hulu, ABC, Amazon Prime Video, HBO GO and many other subscription networks have become a primary source of television for many. According to Forbes, Netflix accounted for 19 of the 20 most watched shows of 2018. While a number of popular series have been airing for many years, a couple of shows created just this past year gained tremendous attention. Here are some of the best of 2018.

Instead of mimicking the cliché jump-scare TV shows, Director Mike Flanagan has created a psychological thriller that has had a major impact. Flashing between past and present, the show’s utilization of foreshadowing and plot twists creates an exhilarating, intricate story that is not only sure to haunt, but also provoke the mind of its audience. According to Business Insider, the show had over 32 million “average demand expressions” last year.

“You”: The Lifetime show “You” follows the life of bookstore manager Joe Stans, played by Penn Badgley, after he becomes infatuated with an aspiring female writer, Beck. His seemingly innocent crush quickly transforms into obsession. Joe begins to exhibit extreme stalker behavior and manipulation. With the goal of protecting and loving Beck, Joe eliminates anything that gets in his way.

The romanticization of the stalker and the love of Joe by the audience created controversy after the release of the show on Netflix. “You can romanticize elements of his character, but if you romanticize his entire outlook on life, then that might be an issue,” actress Shay Mitchell told Refinery29. “I can see it, when somebody really cares a lot [and] they just look into certain aspects of your life, but I do think there is a fine line with that.” The first season is filled with suspense and the cliffhanger at the end hints that there will be a second season.

“The Final Table”: For all of the cooking show fanatics, “The Final Table” does not disappoint. The dramatic reality cooking competition stars 12 pairs of chefs from around the world preparing different nations’ dishes, including dishes from Mexico, Spain, England, Japan, India and the U.S. The two remaining teams split up, with the finalists competing as individuals to create distinctive signature dishes for the judges. The chefs face off in an attempt to join the nine chefs at the “final table.” The first season is available on Netflix.

“The Handmaid’s Tale”: Based on Margaret Atwood’s book “The Handmaid’s Tale,” this Hulu Original series features the life of Offred, portrayed by Elisabeth Moss, living in Gilead, a totalitarian society in what used to be part of the United States. Although fictional, this chilling and suspenseful series highlights some of the many extreme views present in the United States today. After only two seasons, the show has already won 19 awards such as the Primetime Emmy Award for Outstanding Drama Series, Golden Globe Award for Best Television Series – Drama and Writers Guild of America Award for Television: New Series.