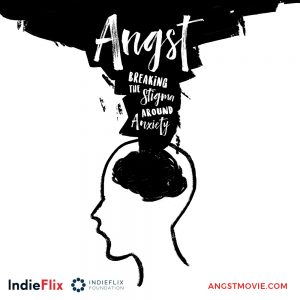 In partnership with Pace Academy and The Westminster Schools, The Lovett School hosted a screening and panel discussion of the film “Angst: Raising Awareness Around Anxiety” on Jan. 31. The film will be shown later this month at The Academe of the Oaks on Feb. 12, The Walker School on Feb. 27 and Inman Middle School on Feb. 28.

The film was created in order to raise awareness around anxiety, and to lessen the stigma around anxiety and mental health in general. “We felt it was important to make a movie that could raise awareness to open up the conversation and provide hope,” said the film’s producer Scilla Andreen. “So many people struggle with anxiety and have trouble talking about it. We want to change that.”

The word “angst” is defined as a feeling of deep anxiety or dread, which the film explores thoroughly in its relatively short 50-minute run time. Featuring diverse interviews of people from a variety of backgrounds and of all ages, including Olympic swimmer Michael Phelps, the documentary conveys the message that anxiety can affect anyone, anywhere.

“Angst” investigates the science of anxiety, using mental health professionals in the film to give insight into the causes and impacts of anxiety, as well as topics like avoidance, parental influence and different types of anxiety. Produced by IndieFlix, everyone involved in the film has had some sort of experience with anxiety, creating a realistic look at life with anxiety.

The panel following the film included an in-depth discussion with three experienced mental health professionals. Each one stressed the importance of the film, and recommended watching it even if one isn’t afflicted with anxiety or a mental health disorder. The producers of the film believe it is important to discuss the film afterwards, so each viewing has a discussion or panel attached to it.

The film’s importance has risen in light of the current times. A poll conducted by the American Psychiatric Association reveals that 39% of adults are more anxious today than they were a year ago. Anxiety disorders affect 18.1% of the American population, yet only 10% with the disorder seek help. By raising awareness for anxiety, “Angst” helps people seek help for their anxiety, and provides support for them by giving advice to the friends and family members of those afflicted.

“Angst” producers are actively seeking hosts for additional screenings. Information on the film and future screening dates can be found on their website,  https://angstmovie.com/.