Alumni Do Great Things After Pace 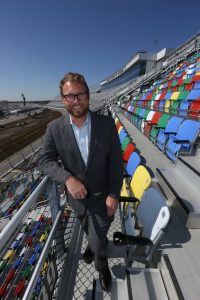 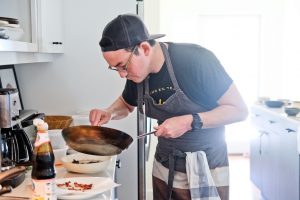 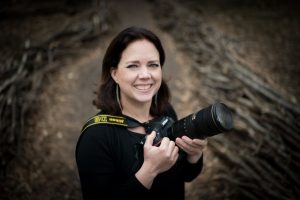 Pace alumni carry knowledge and skills they learned at Pace with them as they enter college and pursue a professional career. There are many exceptional students who have graduated from Pace who go on to have tremendous success in jobs all over the world.

Graduating in 1998, Chip Wile first attended Pace as a sophomore. While at Pace, he enjoyed spending the majority of his time playing basketball and tennis. Pace’s challenging curriculum and rigorous academics led Mr. Wile to the realization that success derives from hard work. He went on to study at the University of Georgia where he graduated in 2002.

Since college, the entirety of Mr. Wile’s career has been in the motorsports industry. He spent 12 years working on race teams, ultimately deciding he wanted to move from the track to a behind-the-scenes position. Before advancing to his current position, Mr. Wile ran Darlington Speedway in Darlington County, South Carolina. Currently, Mr. Wile is the president of Daytona International Speedway which is known for being the home of the Daytona 500, arguably the most prestigious race in NASCAR. “Our team gets to put on some of North America‘s largest sporting events,” he said. “It’s such a rewarding job because your hard work is seen by millions of people all over the world.”

Mr. Wile has been recognized as one of the University of Georgia’s 40 Under 40 Class of 2018, as well as one of SportsBusiness Journal’s 40 Under 40 Class of 2017. He credits much of his success to the way Pace prepared him for his trials beyond high school. “The environment of Pace Academy is very competitive,” said Mr. Wile. “It’s very similar to the workforce. You have to differentiate yourself and work really hard in order to be successful.”

Alumnus Eric Silverstein was born in Tokyo, Japan, where he lived for 11 years before enrolling in Pace for seventh grade. Playing lacrosse and soccer, Mr. Silverstein had to learn to manage his time on and off the field. “It forced me to value my time so that I could enjoy my free time,” he said. After graduating in 2000, Mr. Silverstein attended Washington University in St. Louis, eventually getting a law degree with the aim of becoming a sports agent, and working for a firm that represented athletes.

Even so, one of Mr. Silverstein’s passions has always been food and cooking. As a kid, he watched food shows and read cook books and magazines. In particular, he enjoys cooking Chinese, Singaporean, Korean and Malaysian food because that is what he grew up eating.

Eventually, Mr. Silverstein gave up his six-figure law career to open a food truck in Austin, Texas, which he named The Peached Tortilla. The business has since grown from the one food truck to include a restaurant, full service catering company and event space. Mr. Silverstein has been featured in People magazine, and has appeared on Food Network as well as The Cooking Channel. He was also named one of the top up-and-coming chefs by Plate Magazine in 2014. His cookbook comes out in 2019 called “The Peached Tortilla: Modern Asian Comfort Food from Tokyo to Texas.”

Kristi Odom went to Pace for seven years and graduated in 1998 alongside Mr. Wile. While at Pace, Ms. Odom was very busy. She participated in yearbook, math team, computer club, theater and ultimate frisbee. She discovered her love for photography while attending Pace. “I went into Pace with just a couple of passions (math and science), and came out with a huge love for photography and all things fine art,” said Ms. Odom.

Immediately following Pace, Ms. Odom enrolled at the Georgia Institute of Technology where she continued her photography work, helping different student publications including the Georgia Tech newspaper. Even though she was studying electrical engineering, her photography eventually led  her to work for Rollingstone.com. After just three years at Georgia Tech, Ms. Odom moved to Australia where she got a degree in fine arts at the University of New South Wales.

According to Ms. Odom, she was initially attracted to photography because life happens quickly and she loves being able to capture it. “There is so much beauty in the world, I love how it can be captured in these fractions of seconds,” she said. “These moments happen so fast, but photography grabs them for us to keep forever.” One of her favorite things to photograph is emotions, both in humans as well as in wildlife.

Ms. Odom’s work has been featured in Nikon, the Smithsonian National Museum of Natural History, Times Square, Rollingstone.com and Outside Magazine. Ms. Odom is a Nikon Ambassador which is a very prestigious honor, signifying that she is one of the “top visual storytellers of this era.” Only 34 photographers in the United States have this esteemed title.

“I went into Pace with the idea that I needed to be in mathematics or engineering to make a living and left Pace with an even bigger dream of being an artist traveling the world,” said Ms. Odom. “Pace made me dream bigger.”