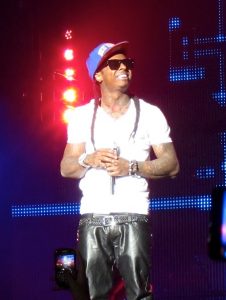 Weezy F. Baby and the F is for “finally.” After over seven years of anticipation, including a legal battle and many changes to the album, Lil Wayne dropped “Tha Carter V” on his birthday, Sept. 28. The man who claims to never write down his lyrics has finally dropped the highly awaited follow up to “Tha Carter IV,” released back in 2011.

This album, the fifth installment in Lil Wayne’s “Carter” series, seemed for a long time as if it would never see the light of day. Lil Wayne, a.k.a. Tunechi or Weezy, sued his former label, Cash Money Records, and its founder, Birdman, for $51 million in 2015. Wayne claimed that because Birdman refused to release his album, he was forced to settle the dispute in court, where he eventually gained sole ownership of the album.

As the backstory to the album built, fans worried that “Tha Carter V” would suffer the same fate as Dr. Dre’s unreleased masterpiece “DETOX.” But Wayne was indeed able to finally release the album in partnership with his own label, Young Money Entertainment.

While the album allegedly was finished back in 2014, the final product shows that Wayne continued to tinker with it over the past few years. Features from artists like the late XXXTentacion and Travis Scott would not have been possible in 2014 since neither had come close to the worldwide stardom they have today.

Wayne brings versatility to the album, which is no surprise, considering his reputation for stepping out of his comfort zone, i.e. his rock album “Rebirth.” From the braggadocious “Dedicate,” where he maintains the same rhyme scheme for multiple verses, to the much more vulnerable “Let It All Work Out,” where he describes his suicide attempt at age 12 after being told by his mom that he was not allowed to pursue rap, Wayne creates a shifting persona of himself throughout the record.

“Dark Side of the Moon” proves his ability to craft a melodic love song, and it also features a surprisingly pleasant feature from Nicki Minaj. All of these songs show his capacity to test different styles, while still pleasing fans and critics alike.

The production of “Tha Carter V” elevates it to the next level. Wayne applies a beat on “Uproar” that was previously used on an older song of his, “Green Ranger,” but his ability to switch his flows creates a completely different sound. He also samples the Dr. Dre classic “Xxplosive” on the Snoop Dogg assisted “Dope N****z,” giving a shout out to one of the kings of West Coast G-Funk rap.

As 2 Chainz simply explains on one of the tracks, “if it wasn’t for Wayne, it wouldn’t be.” Wayne’s lasting contributions to rap through his “Carter” and “Dedication” series, as well as his numerous other albums and mixtapes, have influenced newer rappers like Trippie Redd and A$AP Rocky, just to name a couple. Even if this is Wayne’s last album, as he alluded that it could be, his legacy will for sure outlive his career.