Letter to the Editor from Krista Wilhelmsen 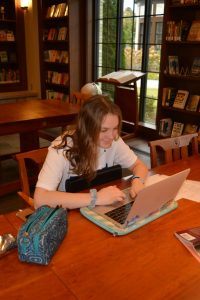 A teacher now for 23 years, I have taught many a student with a diagnosed learning difference. And I have, to the best of my ability, dutifully accommodated each according to their provided IEP. To be honest, in retrospect I didn’t always understand why various accommodations were necessary or how they would help the individual students in front of me. I never questioned but I often wondered.

Now, as a mother of a child with Dyslexia and ADHD, I get it. Both diagnoses are only a very small part of who Spencer is, but at this stage of his life, they influence him in every aspect of his life; they influence, drive and shape our family in every way and every day.

When I asked my husband what memories he has of our 11 years with Spencer as they relate to dyslexia and ADHD, I expected he would recall a couple of specific moments in our family history. Instead, he said, “Mostly, I remember so many tears.” And, he nailed it with respect to our “pre-diagnosis” days.

Spencer was the child who one day exclaimed, “I have a lot of songs in my heart.” Clumsily and happily whirling through his days in the most beautiful of ways, he had a heart of gold. But, this all began to change when Spencer started pre-school. While most children excitedly learned their alphabet and enjoyed the process of learning to write, Spencer grew frustrated and anxious. The tears began and, at times, it seemed they would never stop.

I used to call Spencer “the minimalist” when it came to his artwork. His was easily recognizable because it had covered very little of the paper, included no detail or color, and looked as though it had taken him about 17 seconds to complete. At that time, I didn’t realize the larger implications of his minimalist work product. One day, the pre-school director called me to her office at pick-up. She said that Spencer was refusing to practice writing his letters. I explained to her that Spencer seemed to struggle with holding a pencil.

In fact, he hadn’t chosen a dominant hand yet. He used both but could seemingly write well with neither. Her response, “Well, he just needs to chose a hand.” What I wanted to tell her was, “Well, tonight I will tell Spencer he can’t have dessert until he decides once and for all if he is a lefty or a righty.” I kept my mouth shut instead and walked out with the shiny yellow flash cards she recommended we drill with Spencer every night. More tears on the way.

When Spencer was six, he was watching the Disney Channel on television. Payton Guest, an actress on one of the shows he often watched, appeared in a public service announcement. She was talking about dyslexia. She explained what it is and that she herself has dyslexia. I will never forget sitting on the couch and watching Spencer walk closer and closer to the television, fixated on her and clinging to every word she said.

When the commercial ended, he turned to me and said, “Mommy, that is what I have.” We would subsequently go through the psycho-educational testing process and verify Spencer’s self-diagnosis.

Spencer consequently spent two years at Schenck School. Despite the ironies of the school’s name, it was life-changing for Spencer and we will be forever grateful for the many ways it has impacted (saved?) our lives. The diagnosis and the remediation have stopped most of the tears. But, dyslexia and ADHD’s impact is ever present.

One of Spencer’s most important jobs in life at 11 years old is to learn. His job is to be a student. This means confronting his diagnosis every day. We have some good days and some really bad days in this regard. But, we are moving forward and making progress; our wheels are no longer spinning.

Spencer is now back at Pace Academy and in the fifth grade. He spends his days with teachers who know of and value his differences. They are investing a lot of love and time in him and remain positive about a kid who is often in two steps forward, one step backwards mode. With him in good hands, I devote my days to being a better teacher to each student in front of me.

I now understand the various accommodations that many of my students have. I also realize that there are certain things that I can and should do as a teacher to help them. And, there are most definitely things I should not do in this same regard.

Before I had kids, I certainly meant no harm to my students. But my past approach to teaching was in many ways not ideal for students with learning differences because I was blissfully unaware, and, at the end of the day, failed to educate myself until personally impacted. While I run on a low level of anxiety with respect to Spencer’s future, I find myself feeling optimistic quite often in the face of my students.

I identify with students who have learning issues. And, their many successes and achievements give me hope. They are just as capable as the rest of us even if their process of learning is different. And, if demonstrating their numerous talents and abilities depends upon spelling amnesty, or the use of a computer, or completing answers directly on the test rather than on a scantron, or extended time, or whatever else will draw out a skill waiting to be tapped, then so be it.

The accommodation pales compared to the benefits. Nurturing each of our students must remain our commitment. We will be a stronger Pace community for it.

I often say that I am so glad my twins are so different. There’s no need for two people who are exactly alike. The same holds true in the classroom. There is no need to have a room full of identical students. Our differences are what make us awesome. Our differences, learning and all, should be celebrated and respected.