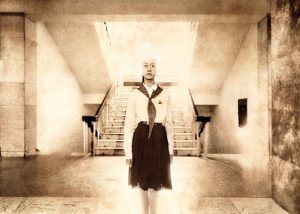 For 20 years, Atlanta Celebrates Photography (ACP) has showcased nationally and internationally known photographers throughout the month of October. ACP is the “largest annual community-oriented photo festival in the U.S.,” according to the festival’s website. Exhibitions, lectures, panels and auctions fill more than 100 venues around Atlanta, with Pace Academy’s Fine Arts Center designated as one of the venues.

Each year, upper school visual and performing arts teacher France Dorman invites a prominent photographer to Pace in conjunction with ACP. This year, photographer Nathalie Daoust is bringing her talents and her newest exhibit, Korean Dreams.

In order to create Korean Dreams, Daoust managed to get into North Korea and photograph a series of diverse images that capture the vacuity, the mindlessness and lack of freedom of the isolated country. “An artist is making us aware of the things that are worthy of our attention,” said Mr. Dorman about Daoust’s reasons for her exhibit. “We need to care about the environment. We need to care about the people that are suffering in North Korea and in other places around the world.”

According to Mr. Dorman, ACP is important for students because it reinforces the idea that there are photography opportunities beyond the walls of the classroom. He finds it fascinating that each exhibit sends a unique message to the viewer. “In the art department, you are able to express yourself right now, right here and come up with new realities,” he said. “A painting, a sculpture, a pot, a photograph, you are making something that has never been on the earth before. It is new to the world, a new reality.”

Korean Dreams runs from Oct. 1-30 in the Pace FAC. An exhibit of photos from the Isdell Center for Global Leadership study tour to India this past summer will begin on Oct. 31, immediately following.