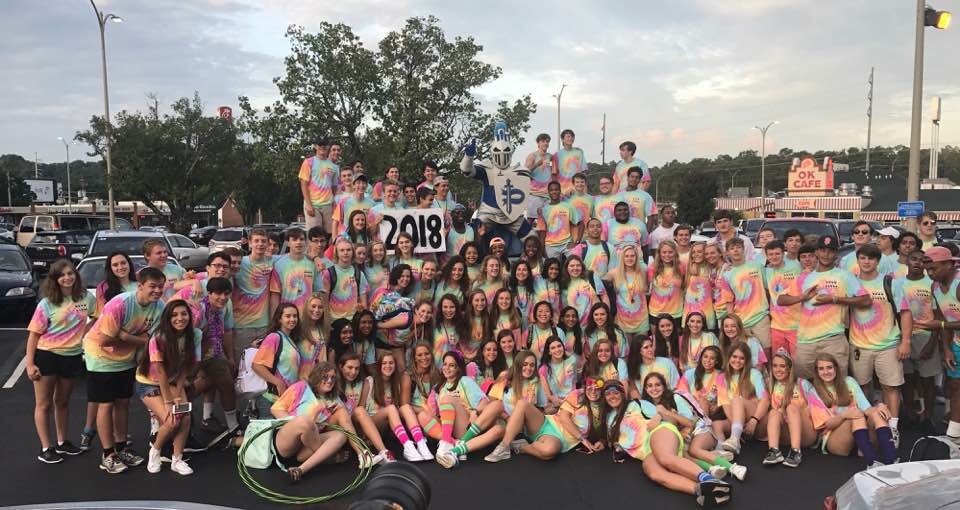 Although senior Jonathan Rushton was already five feet tall in pre-first, he was hesitant to talk to some of his classmates in Patti Alexander’s class during the first week of school. His feelings of discomfort were instantly washed away when he began his friendship with senior Charlie Stonecipher. “He was wearing biking shoes to school, and I was so intrigued,” said Rushton. “I remember asking him about his shoes, and from there we became good friends.”

In the third grade, Pace welcomed over 15 classmates to the class of 2018 as well as homeroom lead teacher Jasmina Patel. After reading “Because of Winn-Dixie,” Ms. Patel led a lesson about perseverance. “Ms. Patel gave our third grade class little green stones,” said senior Elizabeth Marr. “She told us that we should never give up.”

Two years later, when the current senior class reigned as the kings and queens of the lower school, the highly anticipated Lower School Field Day rolled around on a warm May day. Each year, there is a new element of Field Day and in 2011, an enormous inflatable ball towered above all. The teams split up and competed to see who could move the ball into the opposing team’s goal. “Right when I saw that ball, I knew something whimsical would happen,” said senior Nate Reece. “The ball crushed Will Nulty into the grass field and I could not help but laugh.”

Many fun memories were made during athletic events on Pace’s middle school sports teams. The seventh grade girls basketball team was seeking their first win of the season during Spirit Knight versus the rival Golden Bears of Holy Innocents’. Senior Eliza Waldrop was doing everything in her power to secure a win for the Knights, but sadly came up short.

“The buzzer for halftime was about to sound off and Eliza tried to shoot a full court shot,” said senior Marissa Schwarz. “She threw the ball from over her head and the shot didn’t even make it across half court.” But Eliza did not fret, as the crowd confused her with another player. “Everyone thought that I had shot it, not Eliza,” said senior Emma Lellyett.

One year later, Mr. Pope taught many of those Spirit Knight spectators as eighth graders in his legendary eighth grade boys’ English course. His classroom was brimming with banter each and every day, but when it came time to work, the students were determined. “Mr. Pope really taught me how to analyze literature in a way I had never done before, recognizing things like motif, hubris and irony,” said senior Xion Johnson. “My favorite memory was reading ‘The Hobbit.'”

Freshman year was a special year for the Class of 2018, as they entered the new Arthur M. Blank Family Upper School. One day after football practice, Tony Addison, Gunnor Faulk, Herbert Doucet and Jaden Steagall convened in the Inman Center. “Tony’s dad was a little late picking us up so we started messing around in Inman,” said Steagall. “Doing late-night shenanigans with Herb, Gunnor and Tony had to be one of my favorite memories.”

If you want to hear more of the Class of 2018’s memories, make sure to hear the senior testimonials on Great American Picnic (GAP) day on May 4 and be there for graduation at Peachtree Presbyterian Church on May 19.