Memorial Day a Time for Remembrance 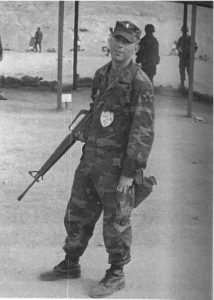 On May 28, 2018, Americans stand together to remember our fallen soldiers. Originally called Decoration Day, Memorial Day was born from the Civil War in order to honor the men and women who gave their lives in order to protect our country.

Although the observance of Memorial Day was not held officially in the United States until 1971, the exercise of honoring fallen soldiers dates back to Ancient Greek and Roman times. Just like Americans on Memorial Day, Ancient Greeks and Romans had yearly celebrations honoring their dead soldiers, holding festivals and having feasts in their honor.

In May 1868, General John A. Logan issued a decree that May 30 shall be a day in order to honor the 620,000 soldiers killed during the Civil War. In 1971, Memorial Day was passed as a national holiday by Congress and was set to take place every year on the last Monday of May.

Just like many other holidays, Memorial Day has traditions to follow: the American flag should be hung at half staff until noon and raised completely afterwards. Along with raising the flags, Americans are encouraged to pause for a “National Moment of Remembrance” at 3 p.m.

Although Memorial Day is a day for remembering fallen soldiers, Memorial Day is also an opportunity to reflect on the contribution of Pace Academy’s teachers who served in the military, including: Gavin Bradley, Rick Canfield, Neil DeRosa, Tim Hornor and  Scott Sargent.