Pace Students Hyped for Drake to Perform at Prom 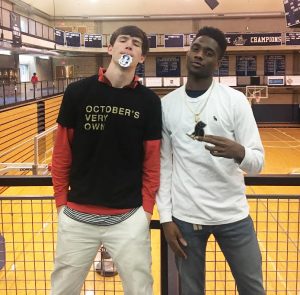 It really must be “God’s Plan” that hit rap artist Drake is performing at the 2018 Pace Academy prom, the first ever big name artist to do so. Drake has displayed his talents all over the globe throughout his successful music career including tours in Australia, America and Canada.

His performance for Pace will not only enhance his status but also help Pace with publicity. For a long time now, Pace has settled for a DJ getting the crowd to their feet. Drake however will have people dancing all night long. “Our aim is to maximize the attendance of both juniors and seniors at prom this year,” says senior student council president Jordan Shoulberg. “We really hope that such a credited artist can keep the students there until the end, not leaving early for after parties.”

Rumor has it that Drake will host a raffle contest the week of prom and the select winners will get a chance to meet him the night of the dance. To enter, students simply go to the front office in the Pace Castle and sign up for five free tickets. The day before prom, Drake will call out at list of numbers, and if those numbers correspond to your ticket, you win.

The winners not only get to have a conversation with Drizzy, but they also receive a signed shirt from his October’s Very Own brand. Drake plans on performing all his hit singles from old to new, such as “The Motto,” “Jumpman,” “One Dance,” “God’s Plan” and many more bangers. The majority of students know these songs and are ready for the Drake to exhibit his talent for the school to enjoy.

Drake also has a history of bringing out other well-known artists during his concerts and has hinted that there is a big possibility that his good friend The Weeknd will come out as well. Drizzy recently tweeted “Starboy 414.” Starboy is The Weeknd’s well-known nickname and April 14 is the day of the prom.

The Weeknd surprised his hometown of Toronto, Canada when he brought out Drake a couple of months ago for his tour. The Toronto natives heard nothing but cheers from the audience, and students hope to have the same experience at Pace. This small but popular tweet has shook the Pace community, with students eager to find out if Drake and Starboy will electrify the stage side-by-side.

Even if The Weeknd cannot come, one thing is certain. There will be no frowns during this year’s prom. Drake recently traveled to a high school in Miami to shoot his “God’s Plan” music video where he gave out $996,631 to a plethora of people. Not only will the students be hyped for Drake, the teacher chaperones will also be exhilarated to see all the fired up students.

“I am more than excited for this day to come,” said junior Myles Todd. “Drake has been a favorite of mine from the start and I’ve heard all his music. Each song and album continuously gets better than the one before. Seeing him in person is something I never imagined would happen, so this is awesome.”