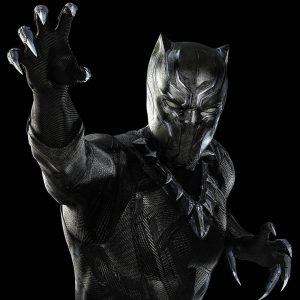 “Black Panther” was released Feb. 16 and has already surpassed the $1 billion mark in domestic and overseas box office. Photo: Flickr

Action movies: they’ve been a favorite of mine as long as I can remember. My father watched a lot of classics like “The Matrix,” “X-Men,” and “Die Hard” late at night. Before I knew it, his addiction became my own. So, I have my dad to thank for introducing me to this vast sea of film that I would explore for the rest of my life.

Inevitably, I stumbled upon a dominating subgenre of action, superhero movies, specifically the Marvel franchise. What baffled me the most about their movies is the way they could include amazing imagery, action, drama and comedy to make the story seem so realistic and, at the same time, an escape from reality. Although I got the amazing content I was anticipating, I found myself confused.

There were these little hints, or Easter eggs, relating these different stories to each other. Piecing together these allusions, I gathered that these movies belonged to a timeline of one long and epic tale. Rewatching sequentially, I discovered new bits of information that took on a new significance when presented with the intent of foreshadowing. Marvel had created these fun Easter egg hunts for its fans, making their films not only mesmerizing, but also interactive. I was excited to see what Marvel would make next.

Years went by as I indulged in the Marvel universe. I found that Marvel has a huge social impact on society; different types of people feel represented as strong and heroic through super heroes similar to them. Then I realized minorities looked to companies like Marvel to represent them on the big screen and, for the most part, their wishes have yet to be met. I, as an African American female, am a part of this group. This frustrated me. But in 2018, the super hero universe finally delivered.

Marvel recently came out with “Black Panther,” a movie with a black cast. The experience was like nothing I’ve ever seen before. As movie theaters filled with blacks flaunting traditional African clothing, you would think the cinema was an international convention. Little African American children ran around dressed up as their favorite “Black Panther” characters.

Because of this movie, blacks feel confident enough to show pride for their culture, even amongst all of today’s hate. The film itself was not only a written and visual masterpiece, but all of the African traditions, garments and traits were perfectly accurate. The soundtrack was even specially made with black culture in mind, completely dominated by hip hop, R&B, and rap. Hopefully, companies will continue to do more to represent minorities.

I look back now at the journey I’ve had growing up with Marvel: what I’ve learned, loved and enjoyed. What has impacted me the most, though, was my discovery of the representation, giving minorities enough courage and confidence to show pride for who they are, even in dark times. The franchise used their influence to support equality, fair treatment and unity, showing that Marvel truly believes that anyone can be a hero.