Teachers Perform In, Out of the Classroom 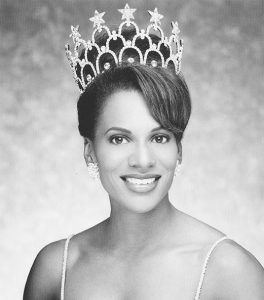 If you are one of a number of students who think faculty members do not lead interesting lives outside of the classroom, you are mistaken. The Pace Academy faculty is composed of normal everyday people just like the student body. Similar to the student body, some teachers have unique hobbies and passions that they pursue outside of school.

Director of College Counseling Jonathan Ferrell has a talent that almost resulted in him making national television. Last school year, Mr. Ferrell’s first year working at Pace, he helped out with math teacher Krista Wilhelmsen’s freshman Transitions class. During a game of “Two Truths and a Lie,” Mr. Ferrell was able to stump the freshmen. When it was his turn to give two truths and one lie, Mr. Ferrell said, “I am 35 years old, I have sung at the White House and I tried out for ‘American Idol’ and made the round before the televised round.”

The freshmen in that Transitions class learned that Mr. Ferrell’s hidden talent is his impressive voice. (At the time, Mr. Ferrell was not 35.) He started singing in church when he was just a young kid, and he has continued ever since. When “American Idol” was up-and-coming, his sister convinced him to audition. “What you see on TV is magnified,” said Mr. Ferrell. “It is like hundreds of thousands of people outside in this long line. People are out there singing, and people are dressed up in costumes.” Mr. Ferrell, with his sister by his side, made it all the way to the round right before singing in front of Simon Cowell on national television.

Another familiar face around Pace Academy is Director of Diversity and Inclusion Joanne Brown. Mrs. Brown first started working at Pace in 2009 as the Associate Director of Admissions for the Middle and Upper Schools. However, before joining the Pace community, she was named Mrs. International in 2000. The Mrs. International Pageant aims to promote married women – their accomplishments and their commitment to their family and their marriage. “I first wanted to compete because, as a law student, I always loved public speaking,” said Mrs. Brown. “Part of the Mrs. system is that you have to run on a platform. For me, I had just stepped away from making partner at my [law] firm, so my platform was that married women cannot have everything; we need to make sacrifices in our lives.”

New to Pace this year is English teacher Robert Kaufman. Due to his new status, many students simply know Mr. Kaufman as the teacher who loves to sing while walking the halls. Mr. Kaufman’s talent was discovered randomly by junior Jack Thomson, who happened to see Mr. Kaufman performing poetry while at dinner one night. “I have been writing and reciting poetry for about three years at various open-mic nights,” said Mr. Kaufman. “The motivation for my poems is events in my life that move me to feel something deep and might move one of my readers or listeners to feel something, too.”

So, whether it is competing in beauty pageants, singing for “American Idol” or performing original poetry at open-mic nights, some teachers definitely have lives outside of school.