Migos Do It for the Culture, Again 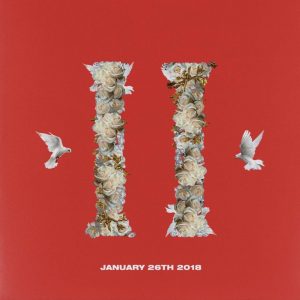 Arguably the hottest rap group of the 21st century, Migos are riding their wave to the top of the charts once again. Quavious Keyate Marshall (Quavo), Kiari Kendrell Cephus (Offset) and Kirshnik Khari Bell (Takeoff) follow up their breakout album Culture almost exactly one year later with the sequel, Culture II. This highly-anticipated album featured a release party in New York, and opened at No. 1 on the Billboard 200 after selling 200 thousand units in the first week.

Riding the coattail of the smash that was Culture, Migos did not slow down for the rest of 2017. Their single from Culture, “Bad and Boujee,” catapulted the group into superstar territory and created one of the most popular memes of the year. This year saw the group flourish both as a trio and as individuals. Collaborating with some of the biggest names in music, such as Calvin Harris and DJ Khaled, Quavo, Offset and Takeoff spent more time in the spotlight than out of it this past year.

Where Culture II truly shines is within the production aspect of the songs. Co-executive producers DJ Durel and Quavo assemble some of the biggest names in hip-hop, as well as a few surprises, to create one of the best produced rap albums in recent memory. Rap production legends such as Metro Boomin, Zaytoven, Buddha Bless, Da Honorable C.N.O.T.E., Cardo and 808 Godz all lend their services to the album, but even Pharrell and Kanye West get in on the action. The beats on the album are all very clean and clear which adds to the punching flows from the trio.

Wow, this album is loooong. Standing at 24 tracks, Culture II is Migos’ longest project to date with a run time of around 1 hour and 45 minutes. Although a sequel in name to Culture, the extended tracklist works against Migos’ favor, causing the middle of the album to begin to blend together with no track really standing out from another.

But that isn’t the point of this album. Migos songs have never really been made to sit down and listen through the entire album; they are hard-hitting bangers used to excite those who listen to them. Along with the bangers, Migos experiment more on this album than ever before, and for the most part, it pays off well. “Gang Gang” and “Made Men” both see Migos slow the beat down from their typical trap style to provide more of a melodious sound. The features on Culture II are hit or miss, with Travis Scott, 21 Savage and Post Malone all offering solid hooks, while Drake and Gucci Mane don’t add very much to their respective songs.

Listening to this album, one point is very clear: Takeoff is ready to take over. He explodes on Culture II with quick, precise and biting flows. Takeoff has always been the least popular Migo on the national scale, but Culture II makes a point to change that. When Quavo begins to feel repetitive and Offset sleepwalks through a song, Takeoff is there to pick up the energy and spit nasty bars to electrify the beat. “Too Much Jewelry” and “Notice Me” are standouts where Takeoff truly gets a chance to show off his ability.

My personal favorites from Culture II include the Pharrell-produced and official 2018 NBA All-Star Game song “Stir Fry,” the low-key “Made Men” and the Columbian-inspired “Narcos.” While Culture II may not live up to its predecessor, it certainly holds its own and will make a nice addition to Migos’ repertoire. As long as they can build on their sound from here, it seems that nothing can stop this trio from continuing to skyrocket.