Artificial Intelligence To End the World as We Know It 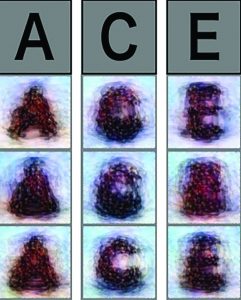 Artificial Intelligence could be the last problem humans have to solve. It could also lead to mass destruction and terror. True Artificial Intelligence, also known as Artificial General Intelligence (AGI), is a computer with the intellectual capabilities of a human; that is, it can learn on its own. At first it may sound like a purely science fiction phenomenon, but a poll of AI researchers at the 2015 Puerto Rico AI conference produced the year 2045 as the median guess as to when AGI will arrive. Most experts believed it will be here before 2060.

The Singularity is the famed possibility that the first True Artificial Intelligence will be the only AI because it will have the ability to replicate itself and take humans out of the equation. Theoretically, if it is connected to the internet, then it will be able to scan and learn at an exponentially increasing rate and become an Artificial Superintelligence (ASI), an all-knowing computer that can solve any problem and potentially have infinite power. This machine could accomplish feats no human could fathom, such as solving unsolvable human problems, curing diseases, creating nano technology, impacting space travel and creating more powerful weapons than humans can imagine.

The idea of an ASI is impossible to fully conceptualize, but the notion of levels of intelligence can help. A monkey is a level below humans in terms of intelligence, so it does not have human consciousness. Humans have language and drive cars and make art, and a monkey would be able to hear the language and see the art, but would never be able understand the nuances of human interaction (e.g. the art’s meaning or how the car moves). This could be how human experience would compare to a being more intelligent. Humans could see the effects of this being, but the way in which it went about completing its goals would be incomprehensible to the human brain.

Most recently, Japanese scientists have used artificial intelligence to monitor brain activity and produce images from thoughts. The previous method for producing images from brain scans utilized pixels, but now deep neural networks (artificial intelligence) can reveal overlapping images to produce a recognizable figure. The ability to mimic the methods and activity of a human brain could solve the A.I. problem and allow humans to upload their brains to computers.

Humans have maintained control of the planet because they are the most intelligent species on it. The arrival of a True Artificial Intelligence could end the reign of human control and cede power of the world to computers. The computer may sound like a paradise machine, but the most powerful machine in the world could be the most destructive if it’s in incompetent or criminal hands. Big names Elon Musk, Steven Wozniak and Stephen Hawking have warned against the development of an AGI. Hawking told the BBC: “The development of full artificial intelligence could spell the end of the human race.”

Ethics questions exploring if AGI should even be pursued and how the AGI should be programmed if it is accomplished pervade the AI field. It is certain that AI advancements are speeding up and there are no laws in the United States that hinder artificial intelligence research.