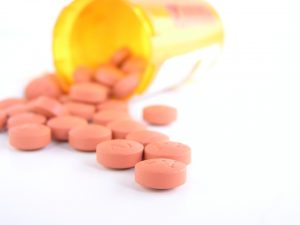 “Opioids are chemically related and interact with opioid receptors on nerve cells in the brain and nervous system to produce pleasurable effects and relieve pain” (American Society of Addiction Medicine). Photo: Pixaby

The narratives have become all too familiar: small-town Appalachia or Rust Belt families burdened by a globalized economy and traces of the recession search helplessly for an escape. In these situations, not everyone can afford to uproot their lives and start a better life somewhere new. For some, the cost of escape can be as cheap as $10 to $15 a bag/bottle and as close as a glass of water or healthy vein away.

Before 2015, Luzerne County, Pennsylvania was burdened by the demons of prescription medications. The county’s coroner, William Lisman, reported that close to 80% of their opioid overdoses were from prescription pills. That was until the introduction of more sophisticated escapes.

Manufacturing of the drug fentanyl has changed the face of the American opioid crisis. Stronger than heroin, the pain medication is considered to be of “high risk for addiction and dependence” (WebMD). Fentanyl is just one of a series of new opioids meant to deliver a potent, long lasting high. With new variations being created daily, doctors are having trouble identifying the cause of death. The drugs all result in the grotesque heavy lungs condition, yet some are trickier to screen.

While research has pointed towards higher levels of opioid overdose in rural America, the opioid crisis is not limited to small towns. Pockets of poverty within large, industrialized cities offer the allure of a quick, secret high to people regardless of socioeconomic background or location.

In the case of former Pace student Zack Elliot, the temptation of escape led him to Atlanta’s notorious Bluff one warm April night. The Bluff is a lower income, intown Atlanta neighborhood best known for being a drug trafficking hub. In 2011, Elliot died of a heroin overdose after a prolonged struggle with addiction. He was 21.

Whether in Pennsylvania or Georgia, the opioid crisis has taken its toll on Americans. An estimated 33,000 cases of opioid overdose were reported in 2015 (NIDA). According to NPR, the weekly rate of overdoses in 2017 is 150 Americans a week. Southampton, New York has taken the initiative of creating a task force after experiencing 27 drug-related deaths in 2017 alone.