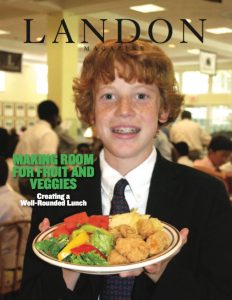 Most everyone has a New Year’s goal, but senior Landon Goldstein truly followed through with his this year. Landon decided that 2017 would be the year he would “get yoked” and become a new man. “I am tired of being called ‘Cankles’ all the time,” said Landon. “I’m more than that. I am Landon Goldstein!”

On Jan. 15, Landon announced that he would be seeing his new trainer every week for two hours a day. He completely changed his diet to build upon his new aesthetic, and his after school drive rerouted to Lifetime Fitness on Roswell Road.

After just two and a half months of training, Landon’s peers stopped calling him Cankles. On senior spring break, both Pace and Marist girls stood agape at the glow of SPF 100 on his impressive six pack. “I wasn’t even flexing,” he said. “It was a no flex zone.”

Thanks to social media, Landon’s success story has become well-known all over Atlanta. He has gained over 100 new followers on Instagram and has several unread messages on Kik. “It’s kind of cool to have a brother who’s practically famous in Buckhead,” said Landon’s sophomore sister Graci Goldstein.

Landon recently announced that he will be publishing his own health magazine. “I want other people to have the same experience as I had,” he said. “My magazine will focus on the balance between working out and eating well.”

Pace students may see Landon walking the halls of the Academy flashing his CLIF BUILDER’S protein bar. “CLIF is the main advertiser for Landon Magazine,” he said. “I eat like three of these a day. My favorite flavor is mint.”

While protein is the core of Landon’s new diet, the first issue of the magazine will also focus on the importance of eating fruits and vegetables. “I see people in the cafeteria eating sloppy Joes and french fries,” he said. “You gotta make room for fruits and veggies if you want to keep up your spring break bod year ’round.”

Though many of his female fans have been asking, Landon is currently keeping his love life below the radar. Rumors have spread about a girl from Weber, but Landon continues to deny that such a girl exists.

The first issue of Landon Magazine will be released April 15, so be on the lookout to turn your spring break body into your forever body.