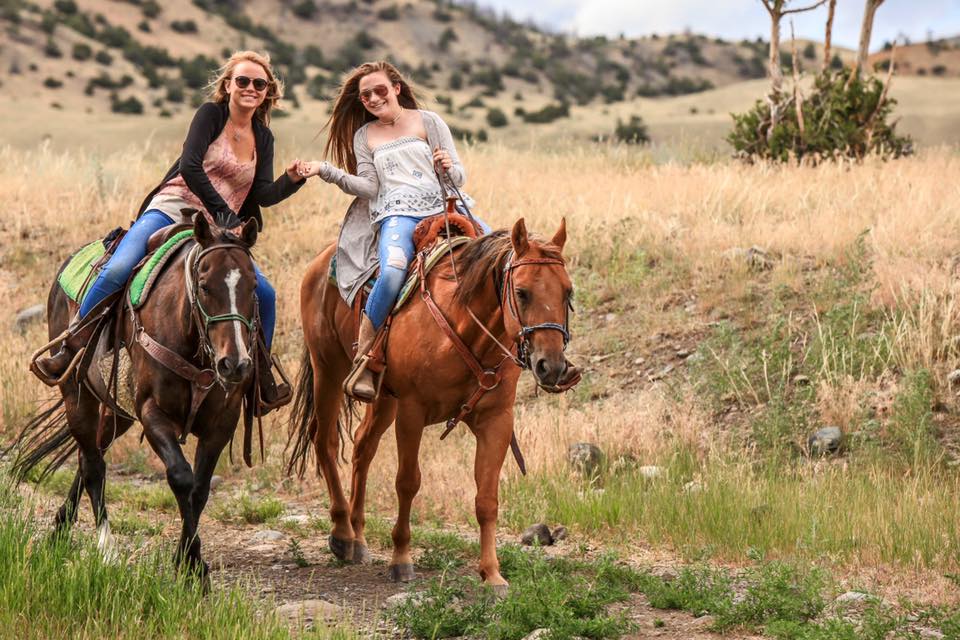 Knightly News: Hi Kylie, tell me about the Super Bowl. How was it?

Kylie Blank: It was really really fun and a cool experience. I met a lot of celebrities.

KB: That was actually at the Green Bay game. She was getting harassed so we invited her up to our box. She’s super nice.

KN: Do you ever casually hang with celebrities?

KB: I guess I grew up around a lot more [celebrities] than usual because of my dad. We were always meeting them so it wasn’t a big deal to us.

KN: How was losing the big game?

KB: It was really hard for my dad and us. We all cried. But he’s really optimistic about the next few seasons because they’re such a young team. He sees a really bright future. He just wants to make sure the fans don’t lose hope and give up because we’re just starting to gain momentum and it’s really important going into the new stadium. He was just disappointed for Atlanta. We should have won.

KN: Tell me about your family. I know you have a lot of siblings.

KB: I have two full blood siblings, Max and Josh, and then three half-blood siblings from my dad’s first marriage, three step-siblings on my dad’s side and one on my mom’s side.

KN: So your twin brother Max goes to Woodward?

KB: Yeah, he switched from Pace in seventh grade.

KN: Are y’all still close, though?

KN: Are you closer with him or with Josh?

KB: Yeah, he loves it. He’s playing soccer up there.

KN: I heard you guys have a house in Montana.

KB: Yeah, I spend all my summers out there. It’s a guest ranch so it’s open to the public. We horseback ride, hike and a lot more. I love it there.

KN: What do you mean it’s open to the public?

KB: We’ve got 25 guest cabins on site and a main lodge. Families can rent it out for a week or so.

KN: Do you prefer your house here or there?

KB: I prefer my house there but I don’t think I could live there year ’round. I want to when I’m older, though. I want to run the ranch. It’s a really big part of me. Besides theater it’s what I want to do.

KN: Ok, let’s talk about your acting. How did you get into it?

KB: Since I was a little girl I used to go see shows at the Fox, and when I was 12, “Annie” was playing there. They had a flyer in the playbill about an open audition, so I went and it was kind of luck that I got it that first time. But it’s like one of those things where you’re in once you’re in. So I got in then and absolutely loved it and never looked back from there.

KN: What was your role?

KB: I’m gonna say Duffy, one of the orphans. Yeah, it was Duffy. I’ve done “Annie” three times and been Duffy twice.

KN: What other plays have you been in?

KB: I’ve done 11 since seventh grade, but not all performing. Two of those were production, though.

KB: I was assistant stage manager, but I’m assistant producing the next show.

KN: Which do you like better, acting or being behind the scenes?

KB: I like singing the best. But when there is a show without singing or parts for someone my age I try and produce it and work on the other side.

KN: Where do you work?

KB: I worked at the Fox until I was in eighth grade, but Theater of the Stars, which is the company that put on the shows there, the owner retired, so they stopped doing shows. We switched over to the Cobb Energy Center. Like, our primary group of girls. Now I’m with the Atlanta Lyric Theater so I do my shows between the Cobb Energy Center and the Cobb Civic Center.

KN: What’s been your favorite show?

KB: I did “The King and I” at the Fox in seventh grade and that has always been one of my favorite shows. I love that show.

KB: The stage manager is in charge of scheduling everything, making sure props are bought, costume measurements, making sure everyone is on time, handing out scripts, taking line notes, coordinating with the set company, writing down all the block and transposing it for lighting.

KB: Yeah, it takes up a lot of time. Rehearsals are really long.

KN: Is it hard to balance all of this and your school work?

KB: Yeah, it’s been really hard. There have been times where I thought I couldn’t do it, and it’s always been a struggle since I was little. But I’m going to go to college for the arts, so it would be a really bad idea to stop now. I love it, so it’s worth the sacrifice.

KB: I normally leave school, do some of my homework, eat dinner, and I leave my house around 5:30. I get to rehearsal around 6 and I’m there until 11.

KN: That’s so much work.

KB: I know. I literally don’t have time off. And when I do, I really try and focus on getting caught up on sleep and and school. I don’t really want to do anything else when I’m not rehearsing.

KN: Do you ever see your friends?

KB: Fridays I try to a lot. The first half of the school year I really didn’t see my friends at all. I don’t start rehearsals for my next show until April 14 so I’ve got a good period of time. This time I’ll spend with my friends, but it was definitely really hard not being able to go out with any of my friends.

KN: What have you worked on so far this year?

KB: My last show was “Peter Pan,” which I finished going into winter break. I just had a few cabarets here and there but I don’t start rehearsals for “Jesus Christ Superstar” until April.