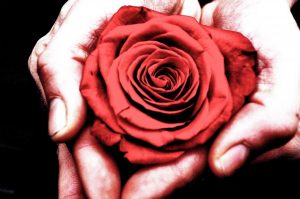 A red rose signifies that the bachelor wants to continue the relationship with the girl and she will stay at least another week. Photo: PublicDomainPictures.net

Looking for his fourth chance at love on national television, Nick Viall becomes the newest star of one of the most iconic reality TV shows, ABC’s “The Bachelor.” The software sales executive from Milwaukee, Wisconsin who now lives in Chicago was on both Andi Dorfman and Kaitlyn Bristowe’s seasons of ABC’s “The Bachelorette” where he emerged as a finalist. However, he was highly disliked by almost all viewers. He’s not only disliked for his arrogant attitude but also because of his outburst on one of ‘The Bachelor’s’ live specials “After the Final Rose” where he disclosed personal details about his relationship with Andi, the bachelorette that season. He later joined Kaitlyn’s season and was not able to restore his reputation.

Nick then appeared in the cast of ABC’s “Bachelor in Paradise.” Although he never found love with any of the other women, he was completely civil and genuine which softened many of the viewer’s negative opinions. Because of “The Bachelor” fans’ various opinions, Nick might just be one of the most controversial bachelors ever. “It’s a winless battle to try to be liked by all,” said Nick in an exclusive interview with People magazine. “If you’re going to be interesting, you’re not going to be loved by everyone.”

In the first episode of Nick’s season, all thirty women were introduced. One of the contestants, Lacey, rode in on a camel while another, Alexis, wore a shark suit that she claimed was a dolphin. Corinne, a multibillion dollar business owner, was the first to start the drama with her extremely outgoing personality and confidence that she would win the first impression rose, a rose given on the first night to the girl Nick feels the most connection to.

Instead, Rachel, an attorney from Dallas, captured Nick’s attention and received the first impression rose. “I’m really excited that Corinne did not receive the rose that night because if she did I would have lost respect for Nick and questioned if he was really looking for a good wife,” said freshman Sophie Lettes. Although many of Nick’s fans believe many of the girls are not the one, they see hope in other contestants including Vanessa, a special education teacher from Canada, and Danielle M., a neonatal nurse from Nashville.

Another contestant Liz, who had previous relations with Nick, came on the show surprising him nine months after their last encounter, but none of the other girls knew their secret. Nick in the second episode came to the conclusion that Liz was only there to be on TV because she could have contacted him any time before if she really wanted a relationship with him. “Thank God he sent her home,” said junior Melanie Crawford. “She was not there for the right reasons and I think he made a really smart decision.”

In the third episode Nick went on a one on one date with Vanessa to a one of a kind Zero Gravity Airplane that simulates what it feels like to be in space. Nick told Vanessa because of her he felt hopeful he would find love. On the other hand drama with Corinne grows rapidly. Many of the women are nervous if Nick intentions are real because he really likes her, and in the fourth episode things grew even worse. Corinne seems to be a fan favorite but not a women in the house favorite and she finally confronted the women. Taylor becomes a new problem in the house with her condescending attitude and her fight with Corrine becomes ridiculous when Taylor continues to call Corrine intellectually slower than herself. Along with the drama Nick went on two romantic one one one dates in his hometown with Raven and Danielle who both received roses. Overall season 21 of “The Bachelor” is starting of the season in its typical way with tons of drama and hope of love for Nick Viall in the future.