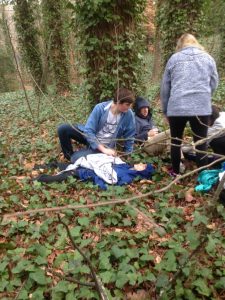 The Jonathan Day-inspired “Minimesters” have been a staple in the Pace curriculum since the program was founded four years ago. Modeled to fit within the class schedule, Minimesters replace students’ standard science classes for a full eight-day cycle. With courses ranging from Cooking Science to Swamp Ecology, all upper school students, except those taking AP Psychology, AP Biology or AP Physics, are given the freedom to explore different areas of scientific study. Immersing themselves in new topics, students have commended Minimesters for their ability to shake up the routine. The program’s social reach is impressive, connecting students across grades and fostering student-faculty relationships. Although the program has new leadership with science department chair Dr. John Pearson, it still maintains its original emphasis. However, Minimesters are far from perfect.

Every January in the upper school, students embark on roughly two-week excursions meant to introduce them to unconventional coursework. Even though the nine or so course offerings are crafted with the students’ best interests in mind, Minimesters have been criticized for lack of both diverse and engaging courses. Many of the classes are offered every year, which reduces the number of available options over time. Furthermore, several students have said that they have taken the same course more than once.

Although the teachers have good intentions, Minimesters will never be as effective if our school continues to limit them to six 50-minute sessions. (Classes rotate out twice during the eight-day cycle.) Biology teacher Kevin Ballard described his course as an opportunity to “get your feet wet,” both literally and figuratively, in Swamp Ecology. However, students are unable to grasp the magnitude of ecology when half of their class time is spent on a bus traveling to the swamp.

Swamp Ecology is not the only course hindered by the time constraint. Anatomy teacher Amy Secor noted that at her old school they participated in “Winterums,” a program that devotes a whole block of the day to students’ selected courses. Winterums allowed Mrs. Secor to spend extended periods of time not merely cooking, but discussing the chemistry behind food composition and the cooking process without feeling rushed.

Neighboring schools Westminster and Mt. Vernon Presbyterian offer alternate schedules for their respective programs. Westminster’s “Janterm” is a popular feature of their yearly schedule where students delve into topics from any department on a local, national and international level. Described as a “three-week intensive,” Janterm offers “experiential, cross-disciplinary and project-based learning,” even allowing upperclassmen the opportunity to participate in internships instead of scheduled classes.

At Westminster during the three weeks, all students except those taking AP Chemistry have no core classes, enabling them to focus on their Janterm course. Mt. Vernon Presbyterian holds their “Interim” the week before spring break, offering both global trips and in-school courses such as hiking and visiting museums. Mt. Vernon, like Westminster, suspends classes for the week in order to devote full days to the Interim experience. Both programs also offer seniority, allowing seniors first choice of Minimester courses, unlike Pace.

The intended purpose of Minimesters is to have fun and explore new topics, but it holds much more potential. Courses of actual depth can prepare students for real-world application of useful skills. Current classes such as Football Strategy point towards a bright future, but the ideal Minimester balances fun and education. Sports Medicine can become a career, while 3D Printing is merely a hobby. Which would have a lasting impact on the students? “I think that having more time and having the whole [Upper] School participate would be worth the loss of class time,” said Mrs. Secor. While there is little probability for change in the short term, I urge the decision-makers to rethink Minimesters. A program with such good intentions should in no way settle for mediocrity.