Clubs Fail to Live Up to Expectations 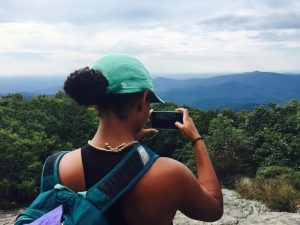 During the first and only time that Hiking Club has met, the members hiked up Blood Mountain. Photo: Sloan Wyatt

“Remember to join clubs” is something heard constantly by Upper School students at the beginning of the school year. Club Fair eventually comes around in mid-September and students obediently sign up for numerous clubs and anticipate the first time that each club meets. However, not all clubs even reach this stage.

Pace can be applauded for giving freedom to students to share their passions and hobbies by allowing them to start their own clubs. Student Council approves each club, but the requirements are minimal for a club to be declared legitimate. Essentially, the only necessities are a teacher sponsor and a completed form. There are usually over 40 clubs initially, but only about 30 even meet at least once. Clubs should be more strictly monitored to ensure that they meet and that leaders maintain communication with their members throughout the year.

Service clubs are some of the most responsible clubs in terms of how often they meet. The projects also have a faculty member, Director of Service Learning Zeena Lattouf, in charge and providing oversight. Most service projects, such as La Amistad and Trinity Night Shelter, meet routinely due to how important the Pace volunteers are to the people they visit.

Other clubs, for example the Hiking Club and the Cereal Club have met either once or not at all. Most club leaders are initially motivated and excited about their club at the beginning of the year, but as homework and sports pile on, it is difficult to maintain any momentum and organize meetings.

It is disappointing for students who sign up for many clubs and never get the chance to participate in them. In following years, Student Council should be clear with club leaders about expectations to run a club before they sign up. One change they could make is requiring each club leader to turn in a tentative schedule of when they hope for their club to meet so there is at least a plan for them from the start.

One aspect of creating a club that is typically overlooked is the faculty sponsor. When faculty members agree to help sponsor a student’s club, they usually do not know much about the club and simply agree for the student’s sake. Another way to get clubs to meet more often is to have the faculty sponsor have a bigger role in the club and check up on the club leaders throughout the year to keep them motivated.