Upper School ‘Votes’ on Next President 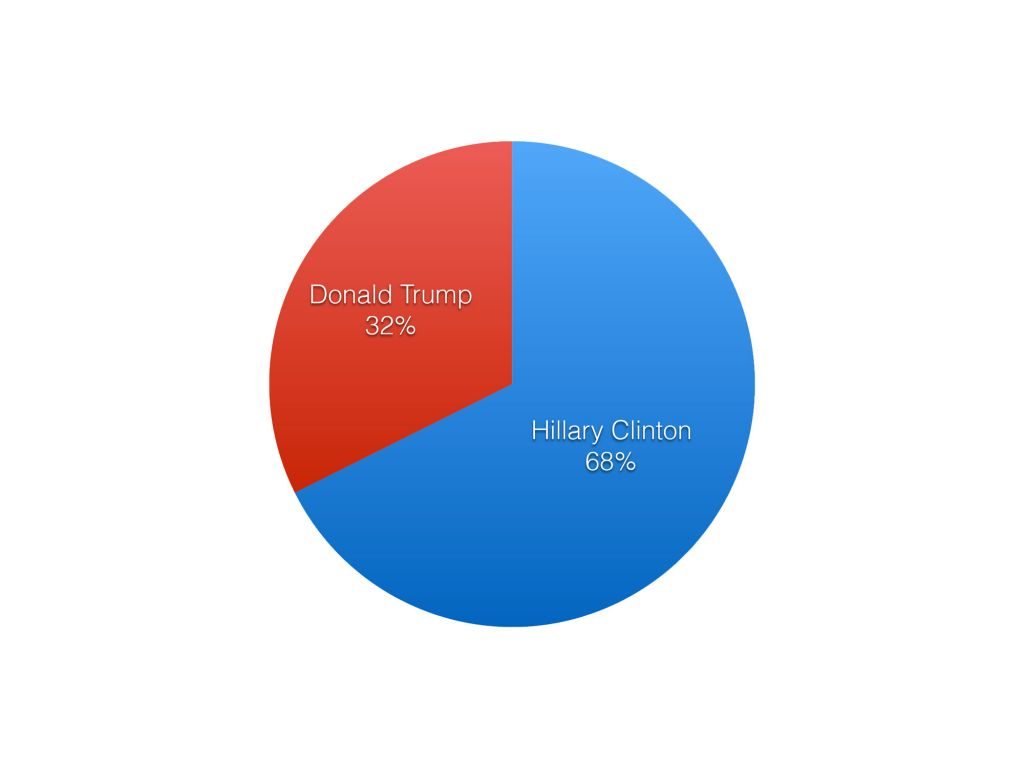 Pace upper schoolers indicate their support for the leading candidates for president in a Knightly News poll. Graphic: Landon Goldstein

On Tuesday, Nov. 8, Americans will trek to the polls to elect the next president of the United States. While Democrat Hillary Clinton and Republican Donald Trump are running neck-and-neck as the top contenders in the polls, Gary Johnson and Jill Stein have some support as well. The Knightly News conducted a poll to determine which of the two leading candidates – Clinton or Trump – upper school students would like to see in the White House to succeed President Obama.

Out of 105 responses, Donald Trump received 34 votes, while Hillary Clinton received 71 votes. While Secretary Clinton garnered more than two-thirds of the vote, almost a third of the Pace community supported Trump. Senior Jack Rubenstein was not surprised by the results. “Although this is a tough election and Pace has been conservative, I expected results like this,” he said.

Other students were pleased with the results. “The results show that 68 percent of Pace is actually paying attention to what’s going on in the world and not just listening to their parents,” said senior Jake Movsovitz. Junior Jaden Steagall disagrees with both Jack and Jake. “Honestly, I would rather vote for Kanye,” he said.

Categories
Pace News
Back to Top