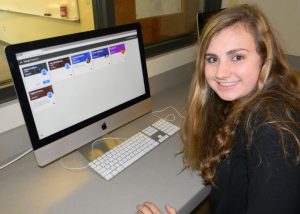 It’s time to say goodbye to FirstClass and say hello to Google. Although the initial reaction among students was panic, the computer guys are positive the switch to Google is for the better.

The Pace community is still a bit apprehensive, having not fully adjusted to the change. “It’s nice but confusing,” said freshman Ellie Luetters. Along with many other students, she wishes that there was more of an introduction to Google. But computer guy Kevin Neely is confident that the only disadvantage is that it’s going to take time to get used to. “FirstClass was great and worked well, but it never changed and adapted to new technology,” said Mr. Neely. “It wasn’t flexible with the internet or with iPhones, but now with Google, we can back stuff up and get ‘iCloudy.'”

Mr. Neely explained that some advantages of Google include Google Docs and unlimited online storage. One major benefit is that students can now collaborate on group projects while using Google Docs. On almost every device, students and faculty can access, edit and create documents, spreadsheets and presentations at anytime and anywhere. Google Docs also saves assignments automatically so they can’t be lost. Junior Jamaree Salyer says that his favorite part of Google is the new unlimited storage because he never has to worry about deleting emails, documents or classroom necessities.

According to Mr. Neely, there are also several ways to organize more efficiently with Google and it’s easier now to find messages with the Google-powered search feature. Google Calendar allows dates and assignments to be accessed with ease. The apps for Google are updated every time you log in, so the newest features appear as soon as they come out. This means the Pace community will always have access to the latest software, including new information and security updates, without any hassle.

Although the computer guys are confident the switch to Google benefits the Pace community, there are still many complaints. “There’s too much going on and too many steps to get places and send simple emails,” said Spanish teacher Laura Agront-Hobbs. Many people believe that there should be more instruction to better introduce the new program. “Once I get comfortable with Google, it will seem a lot better than it does now,” said sophomore Caelan Corbally.