Boy’s Soccer Poised to Go All The Way 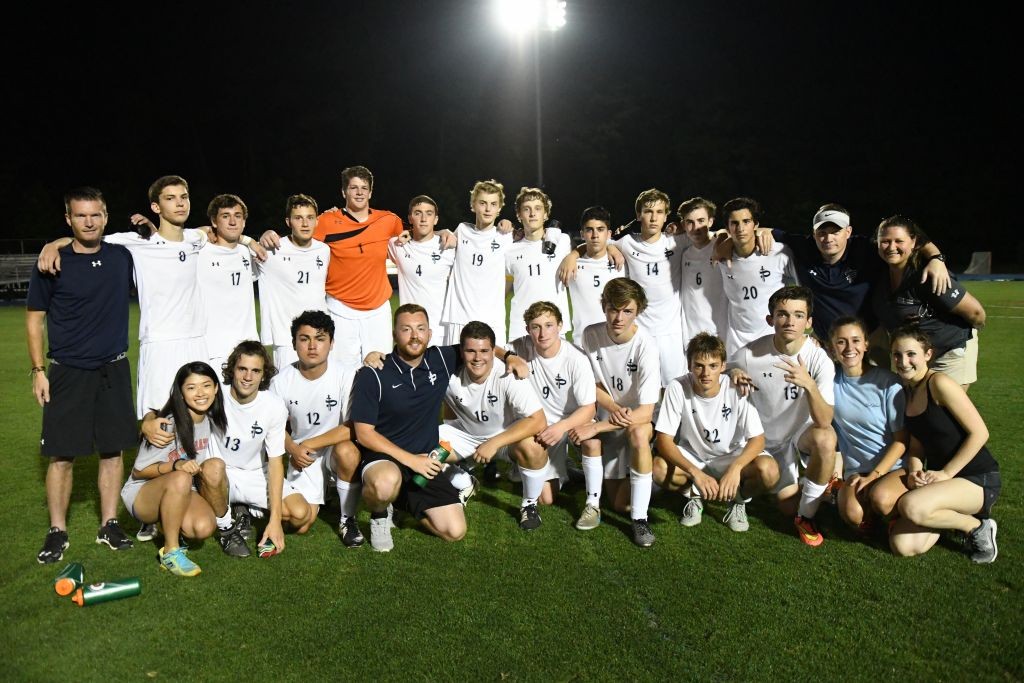 The team poses for a photo after their Final Four victory over GAC on May 10. Photo: Fred Assaf

The boys soccer team has had an impressive season and, as of press time, more is yet to come. The team was 12-1 in the regular season, with the lone loss to Wesleyan (0-3) on April 19. Led by Coach Fleming and assistant coaches Kevin Nutting and Declan Traquair, the team appears to be truly in it to win it. Surprisingly the Pace team is ranked only second in the state, but the unofficial rankings provided by EuroSport have yet to be updated.

The boys are coming back this season from a devastating loss in the Final Four of last year’s GHSA state tournament. Familiar faces such as Lovett, Holy Innocents’, KIPP South Fulton Academy, Wesleyan and GAC were in Pace’s region this year.

After suffering a bitter defeat to Wesleyan last year, every member of the team is ready to fight again. Each player remembers the salty taste of defeat they tasted that day and is prepared to fight tooth and nail.

“Luckily, we only lost one senior to college last year,” said senior Ethan Schneider. “Our team has really pulled through, and I’m glad to see so many familiar faces back this year.” The team is comprised entirely of seniors and juniors with the exception of sophomores Ethan Much, Nate Reece and Jonathan Rushton.”

So far in the playoffs the Knights have bested Armuchee High School (10-0), Benedictine (1-0), and Bremen High School (9-0). In the Final Four, the Knights faced a tough GAC squad on May 10. After defeating the Spartans earlier in the season with a convincing 2-1 victory, the game was clearly going to be close. After eighty minutes of regulation, both teams had chances but neither could score, so the game went to overtime with the score being 0-0.

An extra ten minutes didn’t prove to be worth it, as both teams needed to fight through cramps and soreness, but still neither could get past the respective goalkeepers. As the game headed to penalties, juniors Avery Herman, Sammy Lettes and Tom Phillips, and senior Johnny Reece slotted home all of their penalties. Goalkeeper Jonathan Rushton saved two of the three penalties, and the Knights emerged victorious by winning the shootout 4-1. “I’m proud of our squad with the fight we showed tonight,” said Coach Kevin Nutting. “It was a team effort and I thought it was throughly deserved.”

“The boys continue to impress with the effort and concentration they put into the sport,” said Coach Fleming. “They are always putting in the necessary work and I believe that this year we really have a chance at winning the ring.” The team will play Wesleyan in the upcoming state championship game in Macon.

Check back for news on the state championship game.