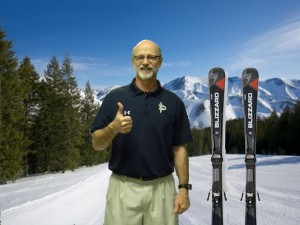 Mr. Cunningham is most excited about the addition of snow skiing to the Physical Education department. Photo: Sarah Kitchen

Since the Pace athletics department has been dramatically expanding and excelling, especially with state championships in football and basketball, Pace administrators have recently reevaluated the athletic requirements for upper schoolers. While most students exceed the minimum graduation requirement of playing one season of a sport, this still may not be enough to ensure that Pace students are getting enough exercise, according to Head of Upper School Michael Gannon. Many middle schoolers play multiple sports, but they are still forced to take PE. So the question has been raised: why shouldn’t the high schoolers?
Beginning with the next school year (2016-2017), students will need to take one PE class per semester. Unlike in the Middle School, students will have a wider variety of options. “Exercise doesn’t need to be rigorous and stressful,” said gymnastics coach Steve Cunningham. “I want the students to look forward to PE as a break from the stress of academics.” Numerous fun courses like “Capture The Flag,” biking, Zumba, snow skiing and horseback riding will be offered to students. To make room for this addition to students’ schedules, world languages (French, Latin and Spanish) will no longer be required. Students are still strongly encouraged to continue their language studies on their own time.
The student body has mixed reactions toward this new requirement. “I’m really excited about taking PE next year,” said junior Summer Brown. “It will be nice to add more time for workouts to my busy schedule.” On the other hand, the non-athletic students who have already fulfilled the former sport requirement are outraged. Some students are more athletic than others, and activities such as drama, art, dance, music and service are more appealing to them.
“I usually get plenty of exercise during the week because I dance for multiple hours every night,” said sophomore Jennifer Spalten. Jennifer would much rather take an extra academic class than adding PE to her demanding schedule. Despite these objections, the administration will continue with these plans in hopes that daily exercise will benefit all upper school students.