The Pope Returns to Court… As a Player 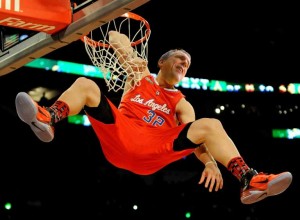 As the historic 2015-2016 basketball season ends, their season leaves a mark on the whole Pace community. One man in particular felt inspired by the state championship team’s performance. Pete Pope, English teacher extraordinaire, decided to come out of retirement and return to Ecuador, where he previously played professionally in the late 1970s. “The elegant big man play of ‘Big Bass Boi’ resonated with me, and made me realize that my love for the game has never left,” said Pete.

A scout from Juvenil de Vinces based in rural Ecuador reveals that the team has been watching Coach Pope ever since he retired in the early 1980s. “It’s very rare that a 6’6″ lefty can shoot, rebound, pass and run the floor as well as Pete can,” said former Pace Assistant Coach Tarrick Mabon. His talent is evident in every practice, where he helps run the post drills, as the young players such as junior Wendell Carter Jr. and sophomore Isaiah Kelly learn from him every day.

“It’s a blessing that day in and day out, I have such a legendary player teaching me moves both inside and out of the paint,” said junior Barrett Baker. “As many have noticed, my three point shooting percentage increased this year, and I attribute that to watching Coach Pope drain almost every jump shot he takes.”

After graduating from University of Kentucky where he played on the basketball team, Coach Pope’s love for basketball has never left. “I missed playing every day, so I decided to get into coaching,” he said. “Now I have established an eighth grade dynasty, where Pace has won three of the past five Metro Atlanta middle school championships.”

Now that the Ecuadorian professional team has shown interest, Coach Pope has signed a three-year $30 million deal with $25 million guaranteed. “We had interest from all over the world, but his roots in Ecuador drove him to return there,” said agent and fellow Pace basketball coach Tim Walsh. With the season starting in September 2016, Pete Pope will begin rigorous training immediately to get back his game.