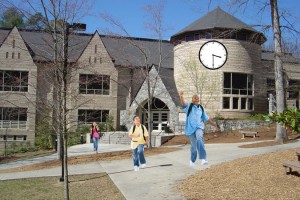 Outrage takes the Academy as the school day lengthens to 3:30 p.m. effective April 1. No longer will students quietly anticipate the hour hand striking three since the recent move to turn the last period into an 80-minute test period.

The schedule adjustment is the result of a teacher-led effort to allow more time for tests. “This adjustment has been the result of a lot of hard work,” said coalition head Ms. Smith. “After weeks of committee meetings, we have finally lobbied enough support that the administration couldn’t ignore us any longer.”

After many failed attempts over the past decade, efforts were redoubled after local assistant educational head facilitator Mr. Ballard revived teacher sentiment about the controversial topic. “The schedule was adopted in the ’80s and enjoyed wild success for five years,” claimed math teacher Charlie Owens. “Unfortunately, the innovative schedule was abandoned after the Tervis-Gould incident in ’85 and has never really been reconsidered until Ballard’s recent involvement.”

Students Blake Rodriguez and Mitchell O’Berry head the student opposition to the schedule change. “I don’t think the administration has the right to systematically oppress the students through epistemological imprisonment,” said an outraged Blake. “We need everyone to sign the petition at Mrs. Culp’s desk in order to reverse this tomfoolery.”

Other students, like junior McRae Oglesby, have embraced the structural change. “I think that increasing the length of the school day will help stretch out the information over a more manageable length of time,” said McRae. “Not only will it give students more time to work on tests, but it will also take away that awkward amount of time between the end of school and the start of sports.” Although it will take time to get used to, the change of schedule will create space for longer assemblies, more test material and greater overall schedule flexibility.