‘The Life Of Pablo’ Meets Expectations 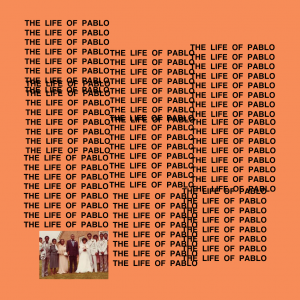 In February, Kanye West premiered his seventh studio album. Following two days of delays and tweets, the album was released to the public on Valentine’s Day, bearing the controversial title “The Life of Pablo.” Previous names considered for the album include: “Swish,” “Waves,” and “So Help Me God.”

The album’s title has a few alleged meanings, most of which have been both confirmed and denied by Kanye himself. Kanye previously tweeted that the album title was about the life of Paul the Disciple, but shortly after he said that it was about Pablo Picasso and Pablo Escobar, two of Kanye’s idols.

The album features a culmination of the style and skills Kanye has exhibited in his past few albums. Kanye presents his masterpiece with gospel-like beats from College Dropout, grandiose orchestral samples from Late Registration, skillful flows from Graduation, the perfect amount of autotune from 808’s, continuity and storytelling from My Beautiful Dark Twisted Fantasy, and the dark industrial themes of Yeezus.

The album, however, suffers from the side effects of what makes it great: the combination of so many styles and genres makes the album feel somewhat disjointed at times and makes the overall project less cohesive than his previous albums. This may have been the very point of Kanye’s album, however, as the title references Picasso, the father of cubism. In many ways, this album is to hip-hop what the abstract cubism of Picasso is to the art world.

Here is my review of the album song by song:

“Ultralight Beam”: With an incredible intro, the soul-filled flow gave me chills upon the first listen. After watching the “Saturday Night Live” version, however, I believe that he may have done it better there. But his song is still great, and is an excellent introduction to the rest of the album.

“Father Stretch My Hands (Pt. 1 & Pt. 2)”: These two songs would have been better if they were placed together as one cohesive piece, but it still works. The first part seems to be the “Pablo Escobar” side of Kanye, referencing drugs and sex; while the second part is a loving and caring soulful message to his father and may be the “Paul the Disciple” side.

“Famous”: Although pretty good, I would say this is the most average and least risky piece on the album. It is not bad in any way that stands out immediately but doesn’t really pop either.

“Feedback”: On first listen, I did not like this song. After listening to it a few more times, I decided this may be one of the best tracks on the album. The industrial beats and flow are similar to Yeezus but Kanye goes in on this track, making it one of the top three songs.

“Low Lights/Highlights”: This song reminds me of “All of the Lights (Interlude)” and “All of the Lights.” Highlights include some of Kanye’s best: good samples and strong flow, while also preserving his unique sound and attention to detail. “Highlights” has the tie for second best song on the album.

“Freestyle 4”: I would say this is the worst song on the album. Designer is featured on this song and his part is not that bad but overall this piece feels a little too much like an experiment gone wrong. It isn’t horrible, but I am not a huge fan.

“I Love Kanye”: This track is hilarious, a self-aware memo to Kanye’s haters. He raps freestyle about if “Kanye made a song about Kanye.”

“Waves”: This song is pretty dope, and fits the overall theme. Chris Brown is a good feature here. The track is a little out of place but that is likely because it was added very last minute. A lot of people claim this is the best song on the album, but I wouldn’t say that. Overall, it’s a positive last minute change, however.

“FML”: This is an interesting combination of The Weeknd and Kanye. The song is very cool, and rides the line between hip-hop and some other genre that I’m not sure even has a name.

“Real Friends”: Released pretty early before the full album, this track is an excellent example of Kanye’s ability to control his flow while preserving the classic Kanye sound. The transition into “Wolves” is notably well-executed in this track. This song is an instant classic, overall a very strong beat.

“Wolves”: Although “Wolves” is still an excellent song, cutting out Vic Mensa and Sia from this track was not a great move by Kanye. The final version is good, but the version played on “SNL” was incredible and had potential for best track on the album. Now it’s just a good song.

“Silver Surfer Intermission”: A quick intermission, there’s not much to say here.

“30 Hours”: I actually like this track despite a bit of pushback from his release the day before the album dropped. Although it’s not single-worthy, it’s still a decent track.

“No More Parties in LA”: This is a very solid single, released way before the album with no changes made. Kanye and Kendrick are arguably two of the strongest players in the game at this point, so this is, of course, an excellent track.

“Facts (Charlie Heat Version)”: This remix is pretty solid, much better than the original song he put on SoundCloud. It’s another good song with little complaint.

“FADE”: You have to listen to this song to understand what I am talking about. This song is the best song on the album, no doubt. The beat, the features, the flow, the lyrics; this song is the essence of the entire album and it makes complete sense to end with this track.

Overall: 8/10   A decent Kanye album, maybe not the best, but still a very solid album.