Americans will elect the 45th President of the United States on Nov. 8, but the race is already well underway, amid countless debates and town hall meetings, intense campaigning and two caucuses and two primaries to date. On March 1, Georgia voters will go to the polls to vote in the state’s primary election. The candidates who will face off in the general election are far from determined, and the disunity is evident even among Pace Academy upper school students, according to a recent poll conducted by The Knightly News. Students were asked the question: “If you were voting for president today, who would you vote for?” Below are the results of the student poll, with 92 total respondents. 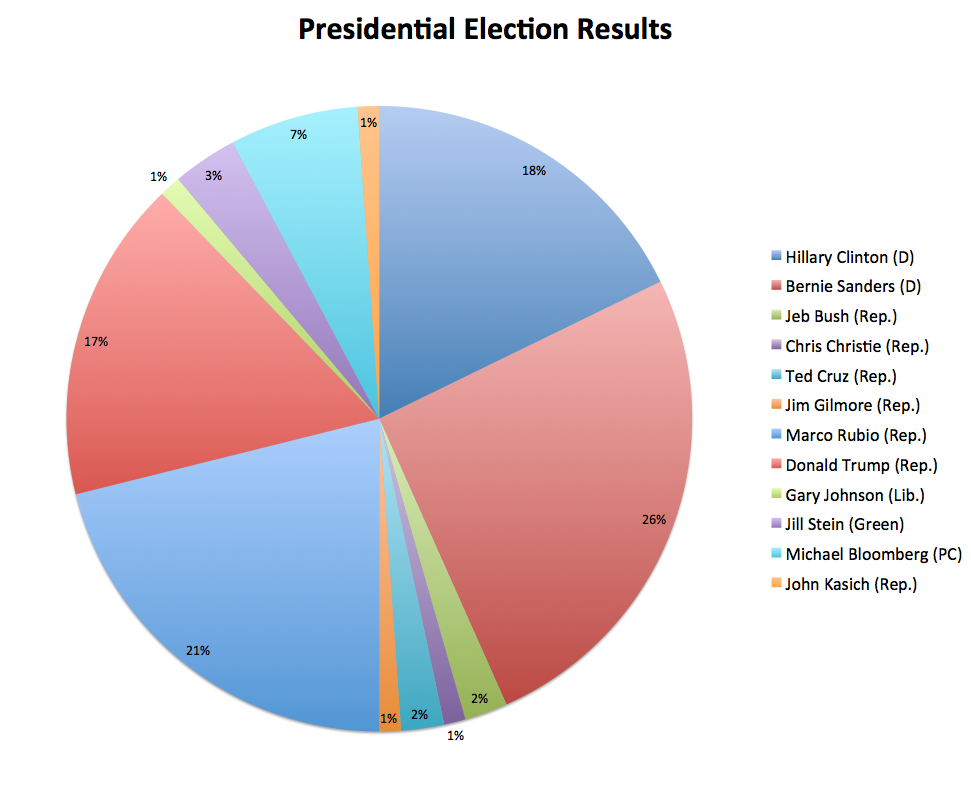 Former Secretary of State Hillary Clinton became the first Democrat to announce candidacy for the presidency on April 12, 2015. While opinion polls in 2015 indicated that Clinton was the front-runner for the 2016 Democratic presidential nomination, United States Senator Bernie Sanders, a self-professed democratic socialist from Vermont, is gaining ground and narrowing the gap in the public opinion. This is reflected in the student poll, in which Sanders has a compelling seven vote lead over Clinton. Sanders also was the most popular overall candidate, regardless of party, with 23 votes that accounted for 25% of the ballot.

The major figure vying for the Republican candidacy is Donald Trump, a controversial and explosive businessman. His brash personality and wealth make him one of the most well-known figures in the country. He is a definite fan favorite, finishing second among his Republican rivals with 15 votes. However, the overall winner for the Republicans is Marco Rubio, a United States Senator from Florida, with 19 votes. Rubio is known for his negative position on Obamacare and gay marriage and neutral stance on immigration.

The race to the Presidential election is intensifying. With numerous Pace seniors eligible to cast their vote for the first time ever on March 1, it looks like opinions are already forming.