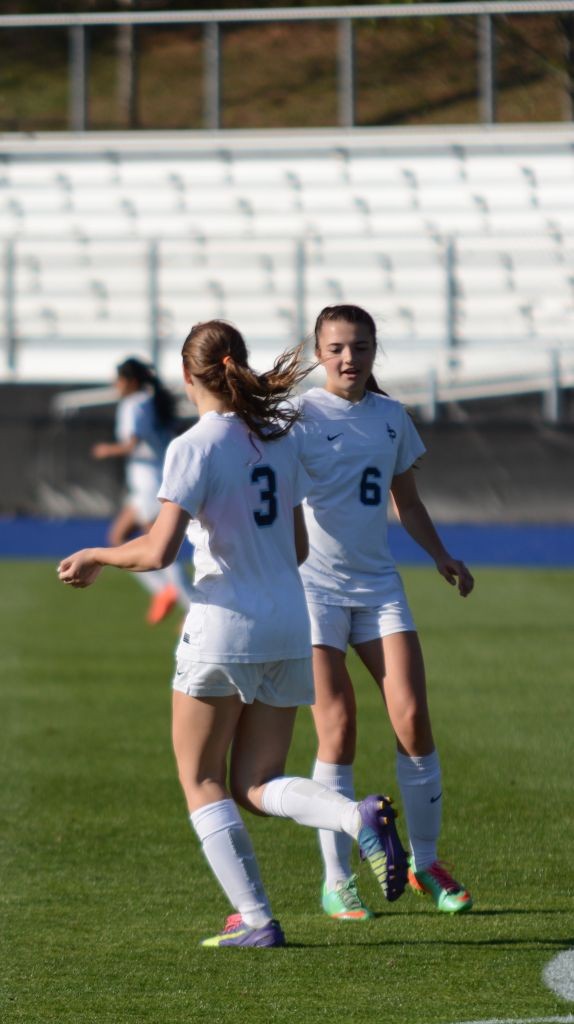 As memories of winning State in 2014 are still fresh in the minds of upperclassmen on the varsity girls soccer team, the squad turns their attention to the 2016 season. The “Sisterhood,” as the team was called in 2014, has lost most of the sister pairings, including the Abdullah sisters, the Carlton sisters, the Haidet sisters and the Morrisroe sisters, but many of the younger sisters remain on the team. Although the family connections are no more, the team has never felt closer. “Even though I wasn’t on the state championship winning team, I love the connection and energy of our team this year,” said sophomore Molly Shapiro. “I feel like we get closer and closer at every practice.”

Expectations are high this year, even after a disappointing 2015 season. The team was struck with injuries last year, which resulted in a string of unfortunate losses. The start of the 2016 season brings new hope to the girls soccer team, as a new influx of young talent will combine forces with the experienced upperclassmen. “We are definitely planning on making it to playoffs at least this year, but everyone is hoping to get back to the state championship,” said junior Jessica Haidet. Jessica, a University of Southern California commit, will lead the team along with seniors Cater Carlton, Frances Crisler, Haley Hartman, Natalie Novellas, Stephanie Novellas and Cadie Schiffer.

These experienced seniors will work to guide the young talented teammates, including freshmen Emily Pulver and Hannah White. Much of the team’s talent can be attributed to the youth soccer program, Tophat. Almost all of the players on the Pace team wore the famous blue, gold and white of this youth girls soccer club at some point in their soccer career.

The girls are off to a good start to the season, with a 6-0 win over Pinecrest Academy on Feb. 12. As of Feb. 26th, the team is 4-0, while scoring 44 goals and giving up four goals. In the early part of the season, Cadie has tied Carrie Patterson’s all-time Pace girls scoring, with scoring 61 goals in her varsity career. They are led by returning coaches, including former professional goalkeeper Graham Tutt, who forms a “Tutt-double-trouble” with his wife, Pace P.E. teacher and head coach, Liz Tutt. Along with the Tutts, Coach Ron Apollon brings in-depth soccer knowledge along with a comical side, which is much appreciated by the players. “Ron is definitely the funniest coach,” said junior Isabella Abdullah. “He always makes fun of people.” The coaches combine knowledge from coaching club teams, high school teams, playing at the collegiate level and even continuing their career to play for professional clubs.

With the new addition of KIPP and B.E.S.T. Academy to the schedule this year, Region 6AA will be tough as ever. The 2015 GHSA state tournament Final Four was made up of the four qualified teams from Region 6AA. Be sure to come out to Walsh Field and watch the girls begin their quest to return the state championship to the PAK.