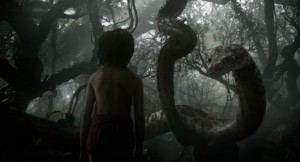 Disney’s “The Jungle Book” is a CGI-live-action remake. Photo: Disney.com

This past year was a great year for cinema. But with the Golden Globes awarded and the Academy Awards ceremony airing soon on Feb. 28, it’s time to look ahead. There are already a number of movies set to be released in 2016. Here is a list of 13 movies to look forward to this year.

A horror movie set in early 17th century New England, the film’s early release received rave reviews from critics during the 2015 Sundance Film Festival. Supported by a powerful soundtrack and chilling camera work, the movie is a fresh and terrifying new take on the genre.

The final movie in the “Divergent” trilogy, this movie will resolve all of the conflicts that readers have been following throughout the series. Both casual moviegoers and fans alike can find some enjoyment out of the long-awaited final piece of the puzzle.

One of the most anticipated movies of 2016, “Batman vs. Superman” is DC Comics’ response to Marvel’s comic-based movie dominance. Taking a much darker and grittier view of the classic comic heroes, “Batman vs. Superman” depicts a fight between two of the biggest superheroes ever. This movie will follow “Man of Steel,” the earlier Superman movie.

Disney’s plan to remake a classic has so far garnered a strong response from the public. The film is a wonderful live action mix of pieces from the musical and intense scenes of action and danger that come straight from Rudyard Kipling’s original collection of short stories.

“Civil War” is not as much of a sequel to “Captain America” as it is a third “Avengers” movie. The movie will pit two beloved heroes against each other, Iron Man and Captain America, along with a myriad of other heroes in a massive conflict that is sure to satisfy viewers’ desire for more superhero fighting.

“Alice Through the Looking Glass” – May 27

Alice returns to Wonderland to save the world and stop time in the modern take on the book’s sequel. This movie is the second of the live action remakes starring Johnny Depp and Mia Wasikowska. (The first was “Alice in Wonderland,” released in 2010.) The movie continues the new and interesting aesthetic of the old movie, and is expected to be a fresh take on Lewis Carroll’s classic book.

A sequel to the popular Pixar movie “Finding Nemo,” “Finding Dory” focuses on the friendly blue fish that we all know and love. Dory will reunite with her family and viewers will discover what it truly means to be loved this June.

The movie adaptation of the beloved Roald Dahl children’s book, “The BFG” focuses on a big giant, a small girl, and their journey to save the UK from evil. A fantasy action movie, “The BFG” promises to be a great tale of friendship and perseverance.

A remake of the hit movie of the 1980’s, “Ghostbusters” will be a complete redux of the previous movie starring an all-female cast. The plot of the movie is unknown as of now, but with a talented cast that includes Kristen Wiig, Melissa McCarthy and Kate McKinnon, plus Sigourney Weaver and Annie Potts from the original film, you can hold high expectations for this much-awaited sequel.

Another DC Comic movie, “Suicide Squad” focuses on a secret government agency that recruits super villains for use in high-stakes black ops missions who will, in exchange, have a chance at freedom. The movie will feature famous and universally known characters like the Joker, Harley Quinn, Batman and Captain Boomerang.

“Fantastic Beasts and Where to Find Them” – November 18

The adventures from the Harry Potter universe continue with this companion piece focusing on writer Newt Scamander and his American adventures while writing the book that bears the same title as the movie. Harry Potter fans will be delighted to hear that their desire for more on the big screen from J.K. Rowling will be satisfied this November.

Disney’s new princess movie takes a step away from the past style of Germanic and European princesses, focusing on a young Pacific Islander named Moana and her journey to find a legendary island in Oceania. Along the way she joins forces with the demi-god Maui, and adventures ensue.

The next movie of the “Star Wars” revitalization, “Rogue One” is not a direct sequel or prequel, but takes place in the same universe as the other “Star Wars” movies. The movie will focus on a group of rebel pilots as they search for the plans to the Death Star that Luke uses in the original “Star Wars.” The movie is set to be one of three anthology films that will parallel the “Star Wars” sequels.