Pace students often hear of the Equestrian Club’s success, but most have not attended an event, and the details of how horseback riding competitions work is not widely known. Yet the team has already received the title of champion at one event with nine other teams. “We brought home the silver platters and big champion ribbons,” said club sponsor Mrs. Camp. “It was a very cold day but we all persevered and worked together as a team.”

The Pace Equestrian Team consists of 11 members from grades 7 to 12. The students and Mrs. Camp can often be seen selling chicken biscuits on Thursday mornings in the Inman Center to raise money for their club. They practice together at least once every two weeks and ride individually as much as they can.

On show days, all riders carry out tasks such as putting the tack on the horse, holding horses in the ring for competitors, and feeding the horses to ensure the competitions run smoothly. They compete in jumping, flat (riding without jumping), or a combination of the two, in at least one competition against people of their skill level and general age.

After the ride, they can win one of six ribbons which will contribute a certain amount of points to their team (1, 2, 3, 4, 5 or 7). Up to 12 riders can be in one ring, making it difficult to maneuver around other contestants. This has not deterred the equestrian team from winning.

Last year, the Pace Academy Equestrian Team acquired the fifteen points necessary to qualify for Regionals. Every team member individually qualified for Regionals as well. Regionals is the competition for the best riders in Georgia, much like the football playoffs. If a team or rider places second or first, they advance to Zones. Sophomore Ashley Yoffee got first at Regionals and then received third at Zones.

The team aspires to return to Regionals again and perform better than last year. These athletes are not just successful, they are also very close as a team. Members love their horses and the team. “It’s been awesome watching the team grow over the past few years, and I can’t wait to see what we accomplish next,” said Ashley. 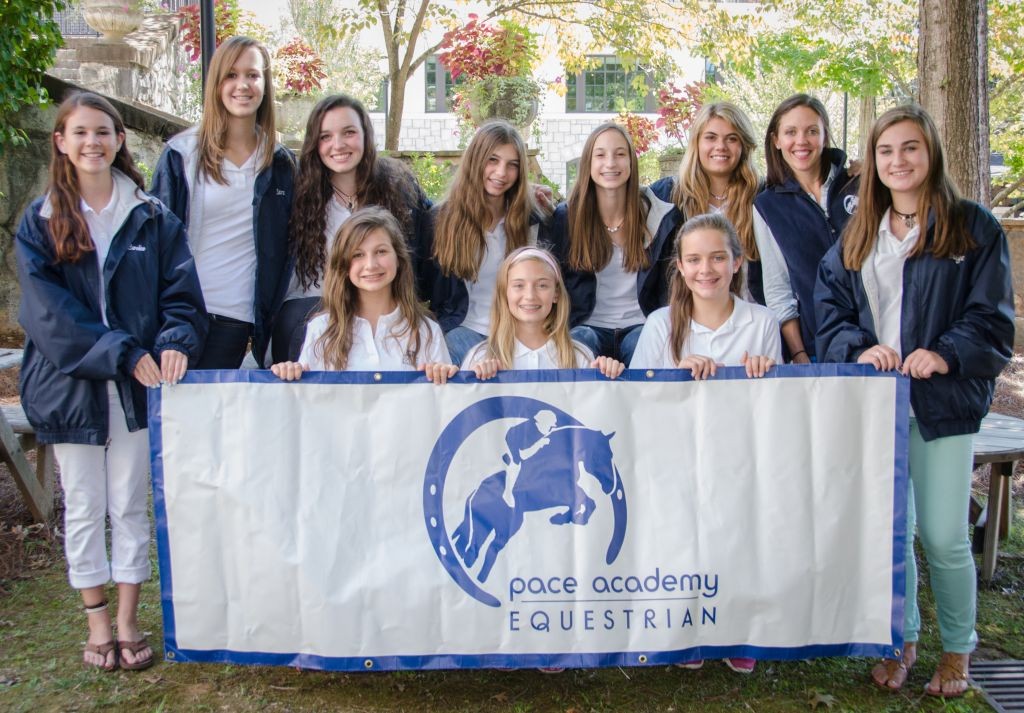