Free Periods Should Have More Freedom 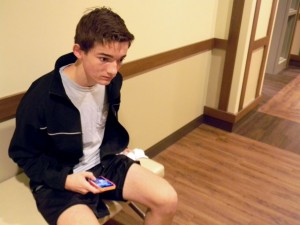 We all know the feeling. It’s a Monday, you were up late Sunday night finishing your AP U.S. History and AP Spanish homework, and you have a first period free. You are grateful for having the free period, but you think to yourself: “I wish I could just sleep in right now.” A similar thought occurs when you have last period free on Friday and you wonder to yourself, “Why can’t I just leave right now?” These exact thoughts should turn from just a dream into reality at the Academy.

First and foremost, aside from the school’s need to take attendance, there is no reason to be at Pace if you have first period free. A Pace student should be offered the choice between sleeping in or coming to Pace on time. Although Pace already has a Locke-esque, or positive, view of its students and the way they are allowed to have much freedom within the borders of the Pace campus, Pace students should be allowed to have even more freedom in their utilization of their free periods. If Pace already believes that students will use their free time productively, students should also be allowed to choose whether or not they want to come in during their first period free.

Pace Academy students also would not have the ability to abuse this privilege. Just as if a student was present during first period free, a student would be issued demerits if they were not on time to class. Pace students would also have the ability to possibly go home before practice. Students who live far from Pace would likely not be able utilize this alternative to sitting around mundanely staring at the clock. Nevertheless, it would positively impact the Pace community, increasing student happiness and giving students more leeway to make their own decisions.