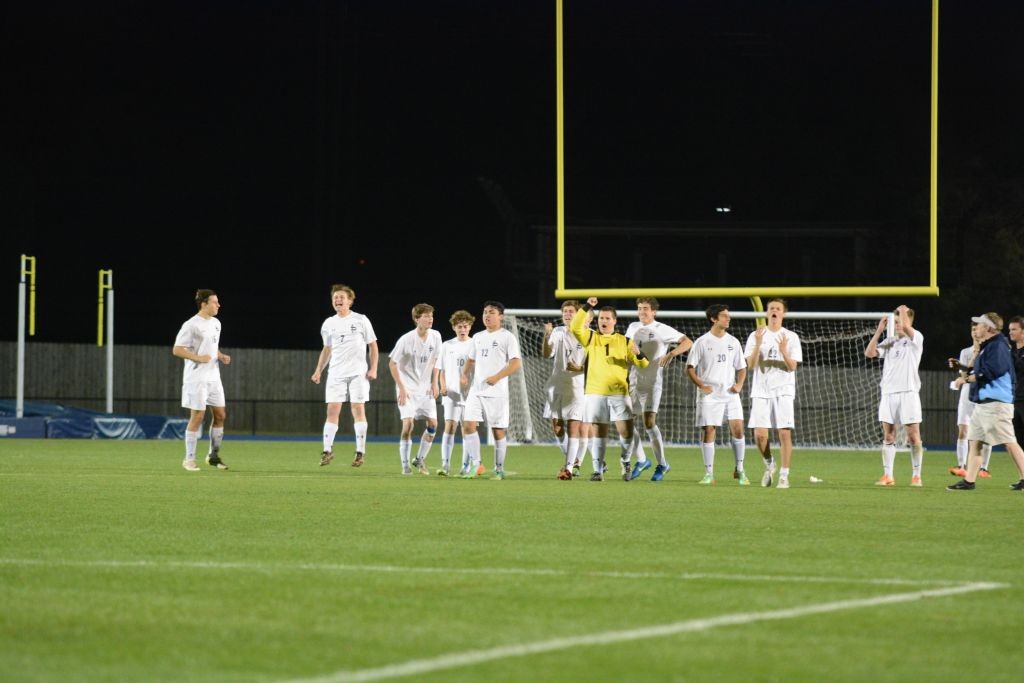 As the school year nears the end, both the boys and girls varsity soccer teams have fought hard to bring the Pace name to the spotlight. Both teams carefully refined their soccer abilities and the boys made it to the GHSA Final Four state championship matchup on May 12 against Wesleyan. The boys lost to the Wolverines 3-1 at Walsh field in a valiant effort by the Knights.

The boys soccer team began practices at the beginning of second semester in January. The team is coached by junior class dean and English teacher Brooks Fleming, as well as assistant coach Kevin Nutting. “I think we have a really strong chance at state this year,” said senior Mark Grenader in early May. “There is a lot of leadership from the younger guys and the team overall is really strong.” Sophomore Tom Phillips feels the same way, saying that “despite a few issues with our finishing, the team performs well in almost every category.”

The team drew motivation from the leadership of Mark, the only senior on the team, and junior leaders such as Johnny Reece and Mark Handler. Coach Fleming attributed the team’s success to experience. “We have lots of returning players from last year’s squad,” he said. “The experience of playing in close, intense games is nothing new for many of the boys.”

The girls soccer team, coming off an incredible state win in 2014, had hopes for a repeat of last year’s success. The team performed well this year for a squad that lost several key players to graduation last year, including Evelyn Hobbs and Kandace Thompson.

Sophomore Jessica Haidet, who recently committed to the University of Southern California to play soccer, is one of the team’s core players. “It was a lot harder this season having moved up to 2A and losing four starters from last season,” said Jessica. “But I think the team is working hard to play the best we can.” The girls soccer team ended their season on April 21.