Mr. Newman Is in Fact The Man 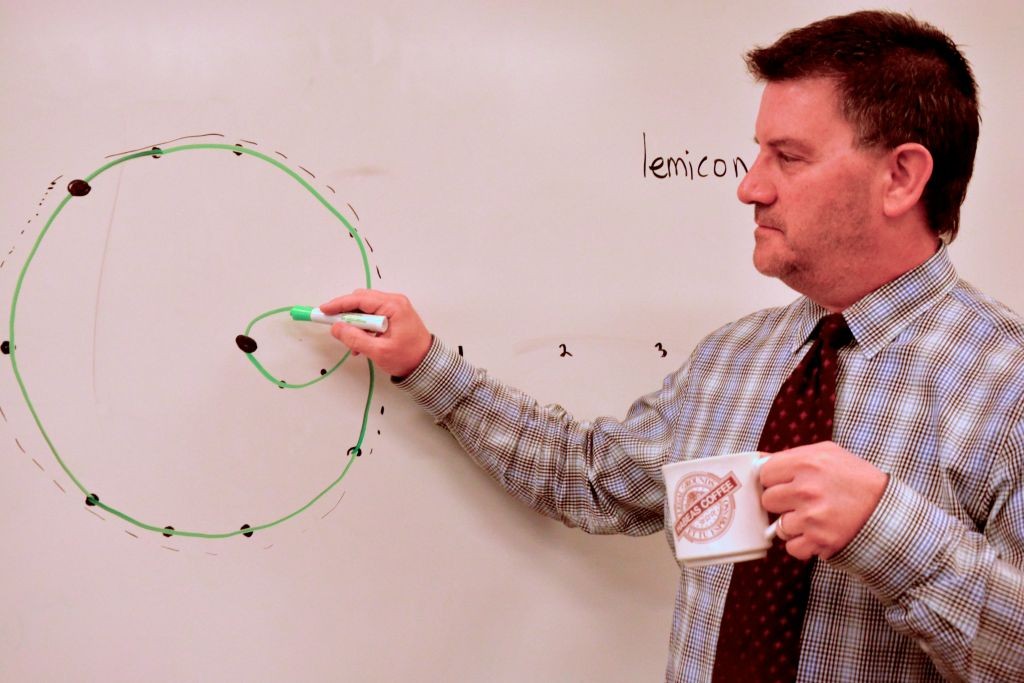 Mr. Newman relates the graph of a Limaçon to his life story. Photo: Mark Handler

Keith Newman has more to his name than just being an expert mathematician. In fact, Mr. Newman was once called “Newms” and “Newmy” by his peers in high school. Mr. Newman’s early childhood began in Vinings, just outside of Buckhead. His high school years consisted of turf skiing, putt-putt, hanging out, pulling classic pranks, and of course, school.

In his college years, Mr. Newman was on track to be a premed biology major, however, he was not really feeling the “raw passion” for it. After much deliberation, Mr. Newman sought a business undergraduate degree and then proceeded to get a law degree from Emory University, “absolutely loving” his education. “My friends and I would stay up at night until we saw the sun creeping over the horizon,” said Mr. Newman. “We had spent all night talking about legal cases and legal theory. It’s the only thing I’ve done in my whole life that was that invigorating. That was my passion.”

“I loved law, loved it, until I started practicing,” he went on to say. He said that in actual practice there’s “a pigeon hole and here’s what you do… the practice of law was literally work. I never pulled an ‘all-nighter’ in college, grad-school, law school, MBA, nothing… When I was a practicing attorney many-a-time I would work until the sun rose, wearing the same thing I was wearing 25 hours ago.” Mr. Newman added that in law school, “one gets to argue about constitutional law, regulatory authority, securities law, property law, family law, criminal law, etc. Therefore, the door is much more open, unrestricted and on the lawyer’s own terms.”

After a few years of practicing law, Mr. Newman chose to become a teacher through what he described as a two-year process. He received offers from schools in Washington D.C., Westminster and Pace (to name a few) while teaching in Marietta. When asked why he chose Pace over all the other schools, he immediately responded that the students heavily influenced his decision.

The ability to discuss a wide variety of topics without restriction was attractive to him in deciding to teach. One of Mr. Newman’s close friends actually got him involved with teaching at a college against Mr. Newman’s will, considering he was a busy practicing lawyer at the time. Mr. Newman connected with the students. He also started to doubt his career choice as a lawyer as he became more involved in teaching.

After brooding over this for a while, he asked himself, “Why can’t I teach? Why can’t anybody teach if that’s what they want to do? Why do you have to do what you went to school to do, and why does that make the decision for the next 40, 50 years of your life? I kept thinking about that and that was the two year process.” Mr. Newman still practices some law on the side in addition to his career at Pace.