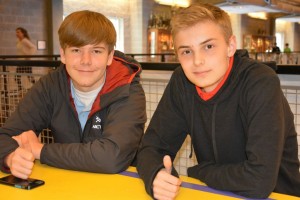 How many times have you been sitting in the Inman Center taking an exam and thought, “I could really use some more time on this exam?” This issue is one that Pace students keep silent about to appease their teachers in their fervent desire to leave for winter or summer break. But the minimal amount of time afforded to students limits their ability to demonstrate their knowledge and creates a mere guessing game for studying, as students know that not everything they covered in their study sessions will be on their exam.

The clear answer to this problem is to extend each exam to take up a full day, giving students enough time to showcase their mastery of their subjects. This solution would still keep exams within a five-day period of time, so it would not intrude on students’ winter break. Also, the day-long exams would increase students’ test endurance, making standardized tests, such as the SAT and ACT, seem much less demanding.

Day-long exams would give students a better chance of knowing at least some of the material on the exam, thus increasing grades and leading to higher morale. Day-long exams would also bring a sense of unity to the Pace community, as students come together to brave the marathon of exams.

Some arguments have been made that day-long exams would cause students too much fatigue. However, longer exams provide a Darwinian method of identifying the best students to give the best grades, and those who are not conditioned for extreme testing would pay the price accordingly. Others have made the point that the day-long exams would be too hard on the teachers. Teachers, however, would only have to suck it up for one day, while students will have an entire week of day-long exams, which should refute any complaints from teachers. This plan would be one that places Pace Academy academically on top of not only the state, but the entire country, because of its rigorous exams.