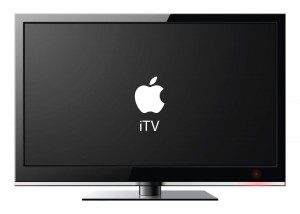 The iTV will be the “next big thing” to hit the Academy. Photo: Dean Papastrat

Apple launched their new iTV about a month ago, with a massive event used to push themselves into the television business. The iTV contains everything one would expect from an Apple product – Siri, the App Store, the iTunes Store, and of course dropped calls and decent service. However, many people were astounded at the lack of health apps pre-installed with the flashy display. No automated eye-soreness indicator or subtle reminder to stop watching TV and get outside seemed to exist, concerning many doctors who feel that the iTV could have catastrophic effects on obesity and mental health.

Sharing these concerns, Pace counselor Mrs. Eden said, “I would be very careful about investing in an iTV. They may cause severe addictions to graphic images depicted by various motion pictures, and I would highly recommend that parents block all violent content, especially on weekdays.” Despite these concerns, students are overjoyed about the iTV. “I can’t wait to use Snapchat on my television,” said junior Rohan Malik. “I can finally send all of my reactions from Grey’s Anatomy to my BFFs 100% anonymously and immediately!”

The sports aspect of the iTV had many students clamoring for one to be installed in the Seaman Family Student Commons. With a record-setting 150K sports channels, the iTV is set to cover every sport from ice hockey to polo to League of Legends competitions. On a larger scale, senior Jonathan Spalten said: “I believe the iTV is the biggest step we’ve taken in recent years towards making computers exist everywhere. My only hope is that an iSuit comes out soon… I want to be surrounded by Apple everywhere I go.”