Star wrestler Jack Walsh began his wrestling career in fourth grade when Coach Sommerville convinced him to try out. He stuck with the sport because “it’s just you on the mat. You get to wrestle and whoever wins is the better wrestler.” Since then he has come a long way, finishing this season with 36 wins under his belt. Although he has achieved great success, the sport can be tough at times. The most challenging part of wrestling is sticking with it after losing, according to Jack. “A lot of people wrestle and then lose matches and quit,” said Jack, “Being able to bounce back is important.”

This year was an especially great one for Jack as he placed at State for the third straight year, this year finishing in third place. That finish was the highest place for a Pace wrestler since 2010, and a Pace student has yet to place higher. “Jack is a much more complete wrestler this year,” said Coach Whyte. “He has improved in all three positions and he is mentally stronger too.”

He has shown the most growth in his double and single leg takedown. “Being able to win a bunch of dual meets this year as a team was pretty big,” said Jack regarding his proudest moments, “and being Area and Sectional Champion this year.”

His goal for next year as a senior is to win the state championship. Mr. Whyte believes this is possible because Jack is “a very hard worker and is very tough. He wrestles hurt. He doesn’t complain. He is a great leader.” 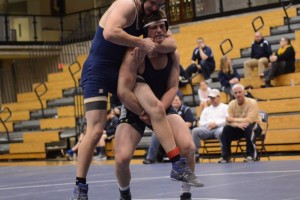