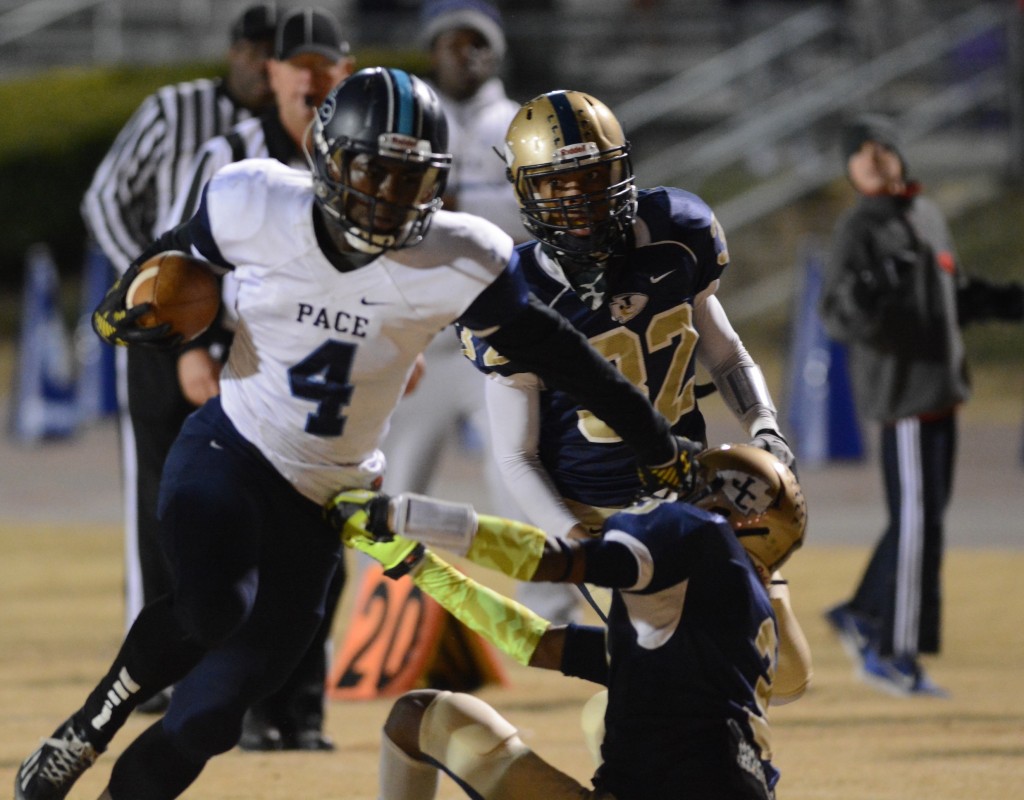 The Pace Knights once again beat the odds to defeat the Jefferson County Warriors 57-50 in a playoff thriller that included three touchdowns being exchanged in the last minute. Although they were five-point underdogs, the Knights were able to match the explosive offense of the Warriors in their most impressive offensive performance of the season. Of course, the playoffs are just the perfect time to have such a game.

The Knights were led by senior quarterback Kevin Johnson who threw for 396 yards and five touchdowns and ran for another, continuing his incredible performance in the playoffs. One such touchdown pass came off a play-action throw to junior defensive end (and now tight end) Anthony Trinh. This was Anthony’s first reception of the season and it exemplified the offensive creativity that has been a part of the Knights’ five-game winning streak.

The Knights were able to spread the load offensively, as three different running backs were used and Kevin was able to get the ball to seven receivers, amounting to a versatile offensive showing that the Warriors simply were not able to match. But they surely did their best, as neither team ever had a lead of more than eight points.

The strategy between the coaching staffs of both teams was clearly evident as the game quickly became a battle of extra points vs. two-point conversions and offenses trying to match each other. Just when one team appeared to be taking over the game, the other would quickly come back to bring the game within one or two points. The greatest difference-maker in the game was the turnover battle that Pace won by forcing two turnovers and not giving away any themselves.

One turnover was a pick by sophomore defensive back Ross Cefalu off of a tipped pass, and the other was a fumble recovery by Kevin, who had a great game playing safety (in addition to QB) after having not played safety for most of the season. The Knights will look to advance to the Final Four as they play the Fitzgerald Purple Hurricane on Nov. 28 at 7:30 p.m. in Fitzgerald.